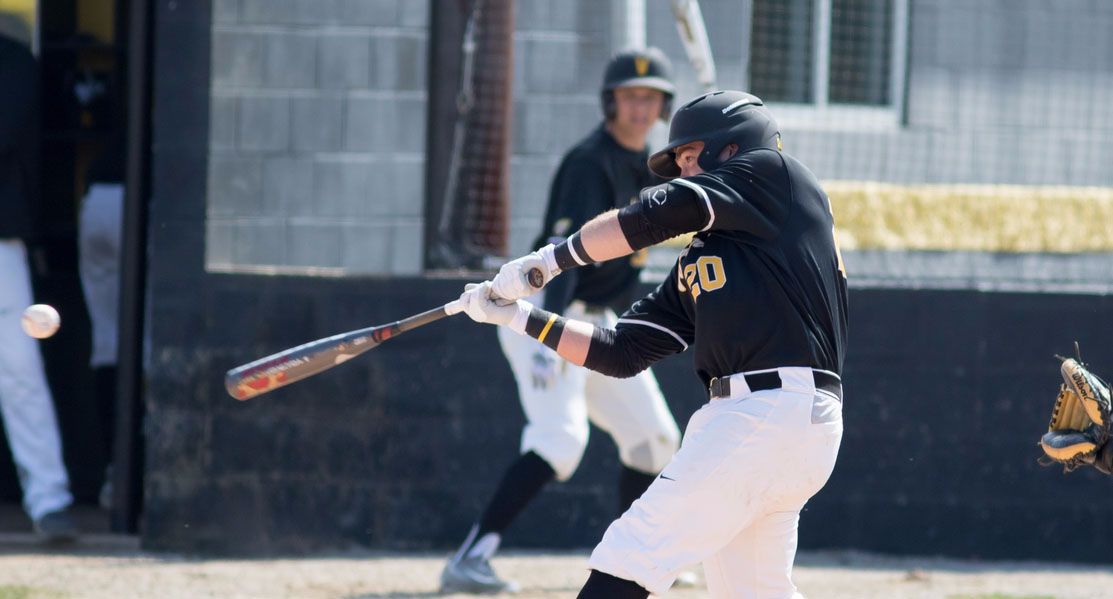 The Valpo baseball team finished one knock shy of its fourth consecutive 14-hit performance Tuesday afternoon in an 8-4 victory at Western Michigan. Shea Molitor (Plymouth, Wis./West Lutheran [Des Moines Area CC]) accumulated four hits as he was one of six Crusaders to record a run batted in. Freshman Scott Kapers (Schererville, Ind./Mt. Carmel) gunned down three potential base stealers behind the plate to boost his caught stealing percentage to 39.3%.

The Brown and Gold offense did the vast majority of their damage during even-numbered innings. They had to wrestle three leads from the host Broncos, a task they accomplished thanks to a trio of multi-run frames.

Chase Dawson (Chesterton, Ind./Chesterton) tied the game in the visitor's half of the second with a sacrifice fly that brought in Giovanni Garbella (San Diego, Calif./Cathedral Catholic). James Stea (Los Alamitos, Calif./Los Alamitos [Golden West]) added a two-out run-scoring single off WMU starter Derek Schneider for the Crusaders' first lead of the day.

Dawson got things going again in the fourth with a leadoff base hit. The freshman swiped his second base of the year to advance into scoring position before Nolan Lodden (West Des Moines, Iowa/West Des Moines Valley [Heartland CC]) singled him home with a poke through the right side. Molitor traded places with Josh Clark (Granada Hills, Calif./Hillcrest Christian [Riverside City]) thanks to an opposite-field two-out double that made it 4-2.

A Hunter Prince sac fly knotted things at 4-4 in the home half of the fifth. The Broncos had an opportunity to tack on, but Bryce Yoder (Spencerville, Ind./Eastside) removed the Crusaders from a precarious situation.

The first three batters reached for Valpo in the sixth, an inning it commandeered the lead for good.

Clark bounced into an RBI ground out for the first run. Molitor's third hit of the day allowed Stea to scoot in from third. Dan Delaney (Thousand Oaks, Calif./Thousand Oaks [Fresno State]) cracked his 100th hit as a Crusader, sending an RBI double down the left-field line. All three run-scoring plays happened in order.

Yoder was credited with the win, his first of the season. Valpo received a gift insurance run in the top of the ninth on a wild pitch to delete the save situation for Fritze.

The Crusaders have raised their team batting average from .272 to .286 over their last four games. They've corked ten doubles, two triples, and two dingers in that span.

Valpo (11-15) will seek its third straight win in midweek play Wednesday evening at Frank Eck Stadium in Notre Dame, Indiana. The Irish (17-12) have won nine of their last eleven games and are 7-2 at home. WVUR (95.1 FM, Valparaiso) will have the call while live video will be available courtesy of Notre Dame Athletics. Links to both including live stats are posted at ValpoAthletics.com. First pitch is slated for 6:05 pm ET/5:05 pm CT.