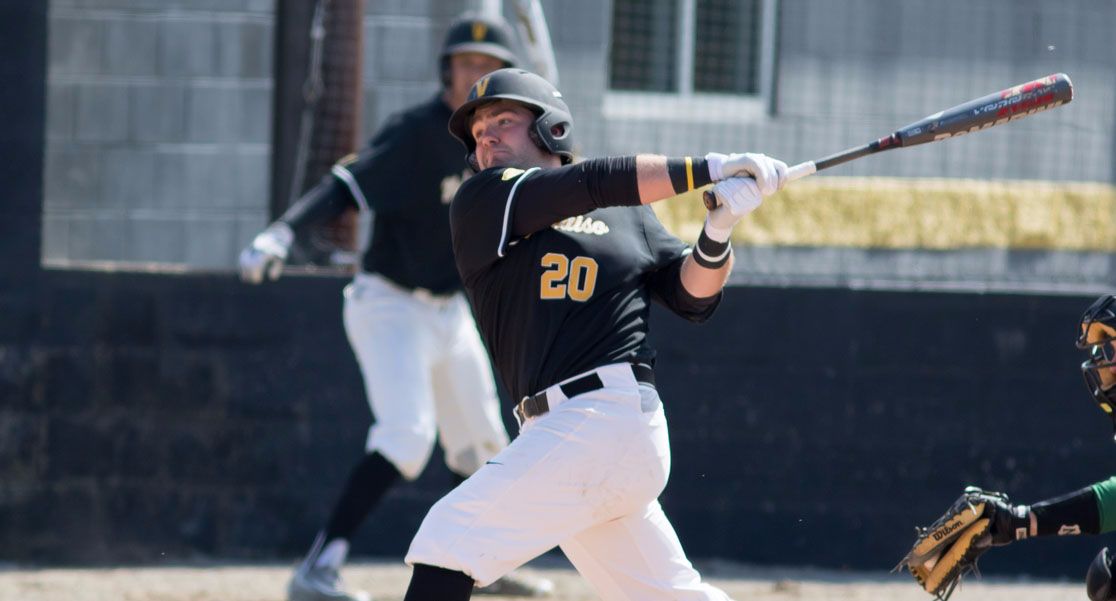 Shea Molitor hit his third home run of the season in the 8th inning of Wednesday's tilt at NIU. (Avery Davis)
Valpo at NIU | May 03, 2016

Valpo led by as many as six runs on three different occasions. Palace and Dan Delaney (Thousand Oaks, Calif./Thousand Oaks [Fresno State]) forged the Brown and Gold ahead 2-0 in the first inning with back-to-back RBI singles through the left side.

Lodden, Clark, and Palace were responsible for the Crusaders crossing the plate four times in the visitor's half of the fourth.

The Huskies made it a three-run game in their portion of the sixth. Outfielder Justin Fletcher stroked a two-run single to right before Carl Russell cut it to 7-4 with a run-scoring single of his own.

But a two-run blast by Kapers, the first of his career, and a solo shot off the bat of Molitor pushed the advantage back to six runs after seven and a half innings.

Valpo took a 10-4 lead into the bottom of the ninth and even retired two of the first three batters in the final frame before NIU exploded for seven runs. A knock and three walks set the table for the Huskies before they registered four consecutive singles to left field to complete the improbable comeback.

Valpo (20-21, 11-7 Horizon) will pick up Horizon League play Friday in Dayton, Ohio. Wright State (30-13, 14-4 Horizon) hosts the Crusaders in a twinbill beginning at 12:00 pm ET/11:00 am CT at Nischwitz Stadium. ESPN3 will carry live coverage of both games while WVUR (95.1 FM, Valparaiso) will deliver the visiting call. Links to the audio, video, and live stats will be available at ValpoAthletics.com.