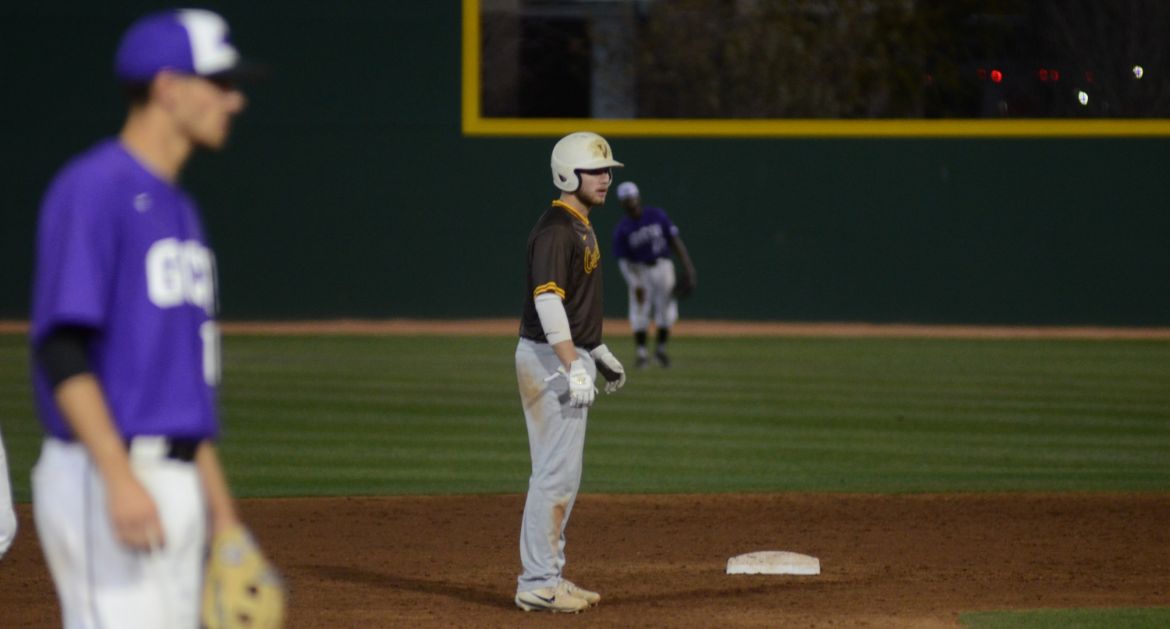 Valpo players standing at second base has been a frequent site so far this season.
Valparaiso at Grand Canyon | March 03, 2018

The Valparaiso University baseball team sustained its status as an early-season offensive juggernaut on Saturday night at GCU Ballpark in Phoenix, Ariz., downing host Grand Canyon 12-6. Valpo scored three runs in the second, four in the third and three in the fourth before cruising to the victory.

The GCU Classic continues on Sunday as the Crusaders play CSUN at noon CT and Grand Canyon at 4 p.m. CT. RHP Wes Gordon will take the ball for the opener, while lefty Michael Mommersteeg will do so against the Antelopes. The game against Grand Canyon will have video via YouTube Live while both games will feature live stats.