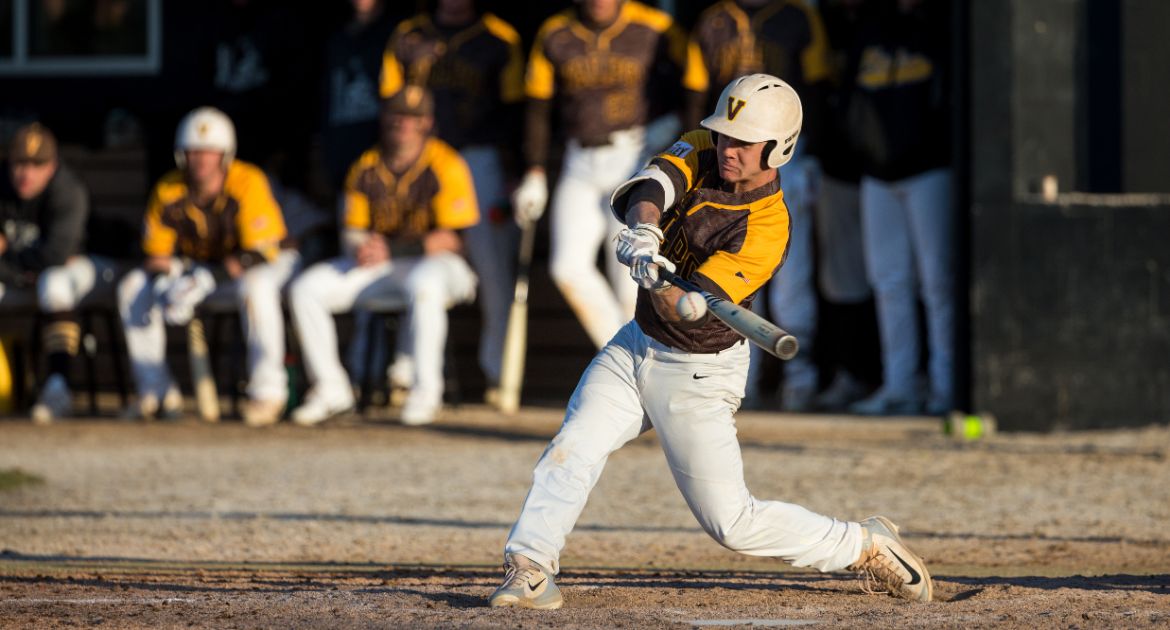 Chase Dawson had two of Valpo's five hits on Sunday including Valpo's only extra-base hit of the day.
Valparaiso at Southern Illinois | April 08, 2018

The Valparaiso University baseball team suffered an 8-0 setback to Southern Illinois on Friday at Itchy Jones Stadium in Carbondale, Ill. as one rough inning hurt the Crusaders. Valpo yielded seven runs in a bottom of the fifth that changed the game’s complexion, while the Crusaders managed just five hits for the game.

The Crusaders will be back in action on Wednesday at 3 p.m. at Emory G. Bauer Field as they welcome Milwaukee for a midweek contest. The Crusaders and Panthers will get together as nonconference foes after sharing conference affiliation in the Horizon League. The game will be broadcast on 95.1 FM Valparaiso and online via TuneIn Radio. Live stats will also be available.