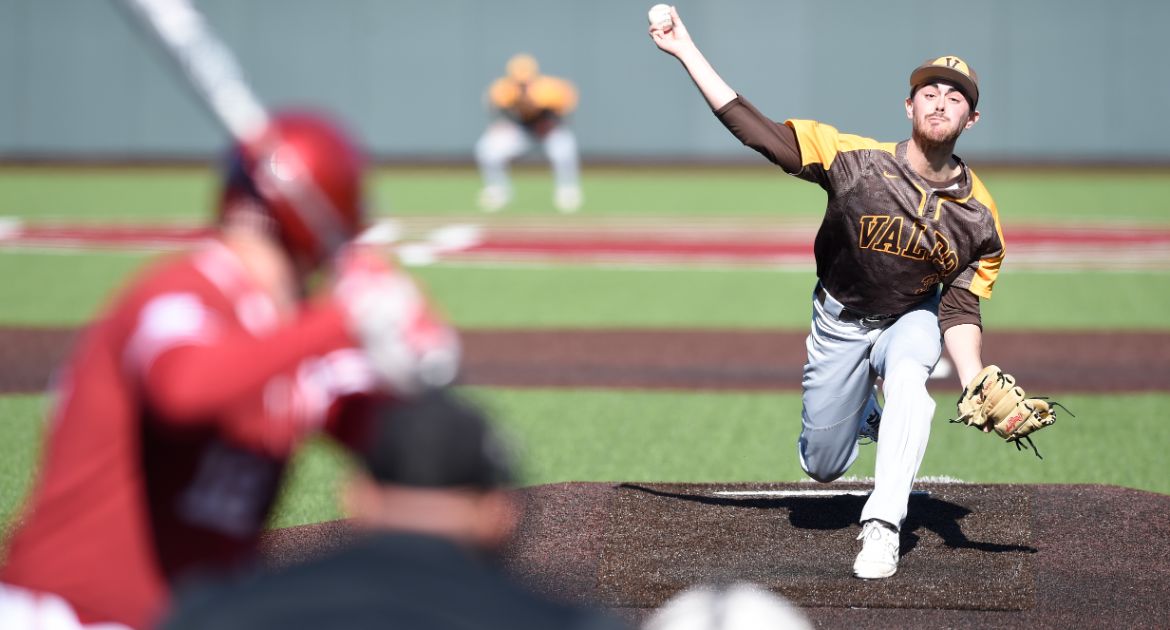 Wes Gordon picked up his first win of the season on Sunday.
Valparaiso at Evansville | April 22, 2018

The Valparaiso University baseball team secured its first Missouri Valley Conference series win as a first-year member of the league on Sunday afternoon, playing quality baseball on the way to a 6-1 victory over Evansville at Braun Field. The Crusader pitching staff held the Purple Aces to two runs or fewer in both wins this weekend. Senior Wes Gordon (Gurnee, Ill. / Warren [Lake Country]) was on the bump for Sunday’s series finale and turned in a quality start to garner his first victory of 2018.

The Crusaders will make the trip to Notre Dame, Ind. on Tuesday for a date with the Fighting Irish, an instate foe from the ACC. Links to live video, audio and stats will be available. The game will be broadcast on ACC Network Extra.