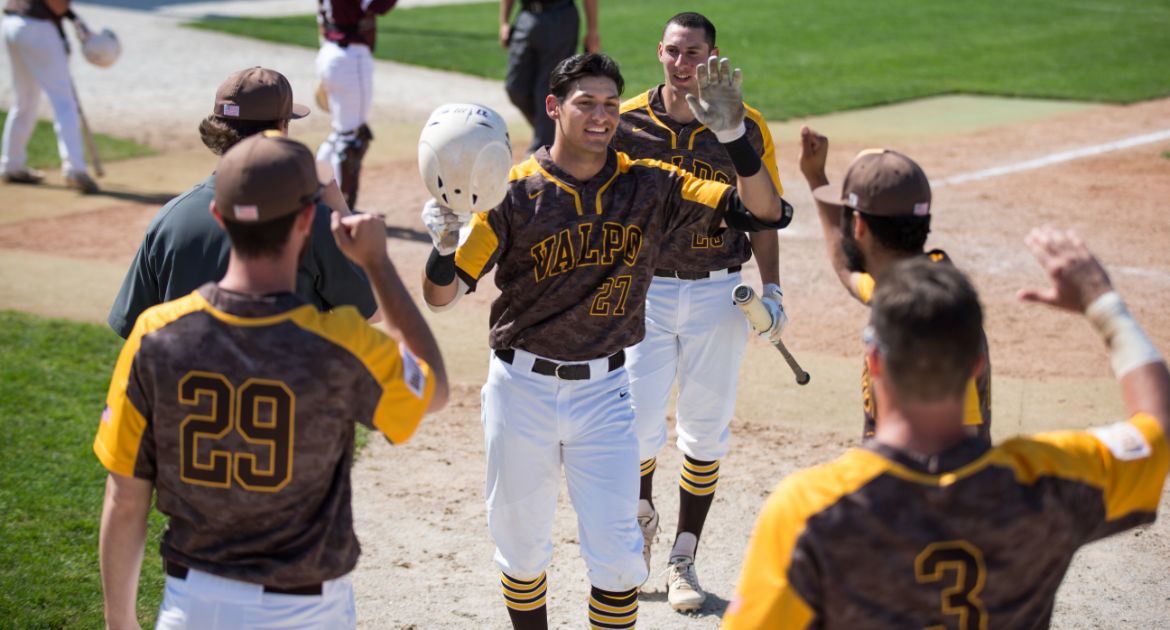 Giovanni Garbella slugged his seventh home run of the season on Saturday.
Missouri State at Valparaiso | May 05, 2018

Senior Giovanni Garbella (San Diego, Calif. / Cathedral Catholic) moved into a tie for the team lead with his seventh homer of the season and junior Blake Billinger (Los Gatos, Calif. / St. Francis [Mission]) extended his Missouri Valley Conference lead in doubles, but the Valparaiso University baseball team was handed another close loss to first-place Missouri State on Saturday afternoon at Emory G. Bauer Field. Drew Millas clubbed a three-run homer in the fifth inning to help the Bears to an eventual 6-4 victory.

The Crusaders and Bears will round out the three-game series on Sunday at 1 p.m. CT. Stay tuned to ValpoAthletics.com and @ValpoBaseball on Twitter for any game time changes due to weather. Wes Gordon will get the ball from head coach Brian Schmack. The game will be broadcast on 95.1 FM Valparaiso with Ben Ariano and Spencer Krock on the call. Links to live audio (TuneIn Radio) and stats (StatBroadcast) are available.