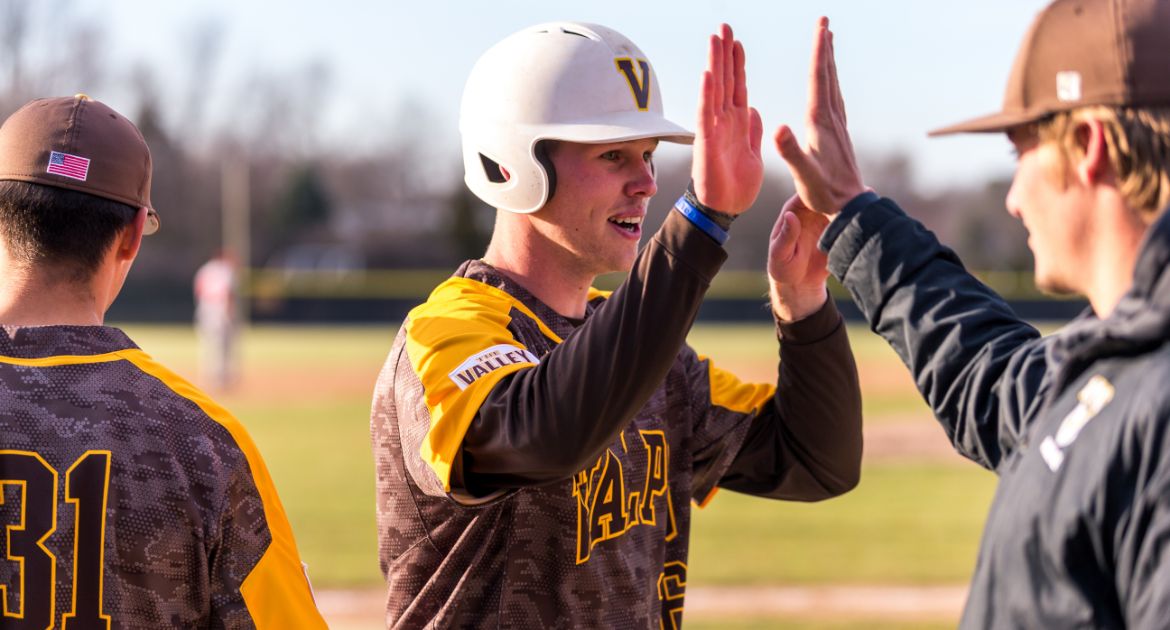 Blake Billinger had Valpo's first three-homer game in 10 years on Tuesday.
Valparaiso at Western Michigan | May 08, 2018

From the moment he made his first plate appearance in a Valpo uniform, junior Blake Billinger (Los Gatos, Calif. / St. Francis [Mission]) has achieved offensive accomplishment after offensive accomplishment. But he outdid himself on Tuesday, enjoying his most noteworthy day at the dish yet by becoming the first Valpo player in 10 years with a three-homer game. In the process, he helped Valpo to an 18-13 win over Western Michigan at Robert J. Bobb Stadium in Kalamazoo.

The Crusaders and Broncos will do it again on Wednesday, this time at Emory G. Bauer Field for the back end of a home-and-home. Wednesday’s game is a makeup game from a contest that was postponed in early April. The game will begin at 1 p.m. CT and will air on 95.1 FM Valparaiso. Links to live audio and stats will be available. Stay tuned to ValpoAthletics.com for any weather-related changes.