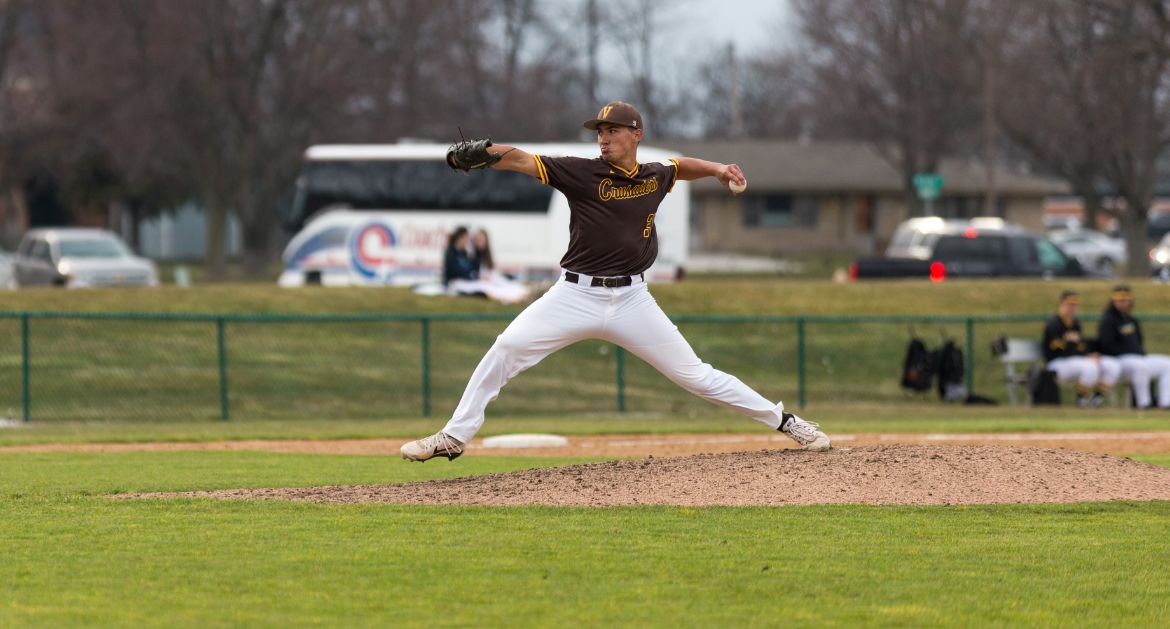 Chet Joslyn allowed just one hit over four scoreless innings of relief to pick up the win on Tuesday.
Chicago State at Valparaiso | May 15, 2018
Related Links
Related Links

Even the most optimistic fans of the Valparaiso University baseball team had to admit that the outlook was bleak with two outs in the bottom of the ninth inning of Tuesday’s game at Emory G. Bauer Field. The Crusaders hadn’t scored since the second inning and faced a 2-1 deficit with nobody on base and one out left to work with. Then, the fortunes turned. The next three batters reached, setting the stage for a two-run single by Blake Billinger (Los Gatos, Calif. / St. Francis [Mission]) as Valpo stunned Chicago State 3-2 in walk-off fashion.

The Crusaders will be back on the diamond on Thursday to host Indiana State for the opener of a three-game conference series. The first pitch is slated for 3 p.m. CT as the Crusaders clash with the Sycamores. The game can be heard on WVUR, 95.1 FM Valparaiso and links to live audio and stats will be available.