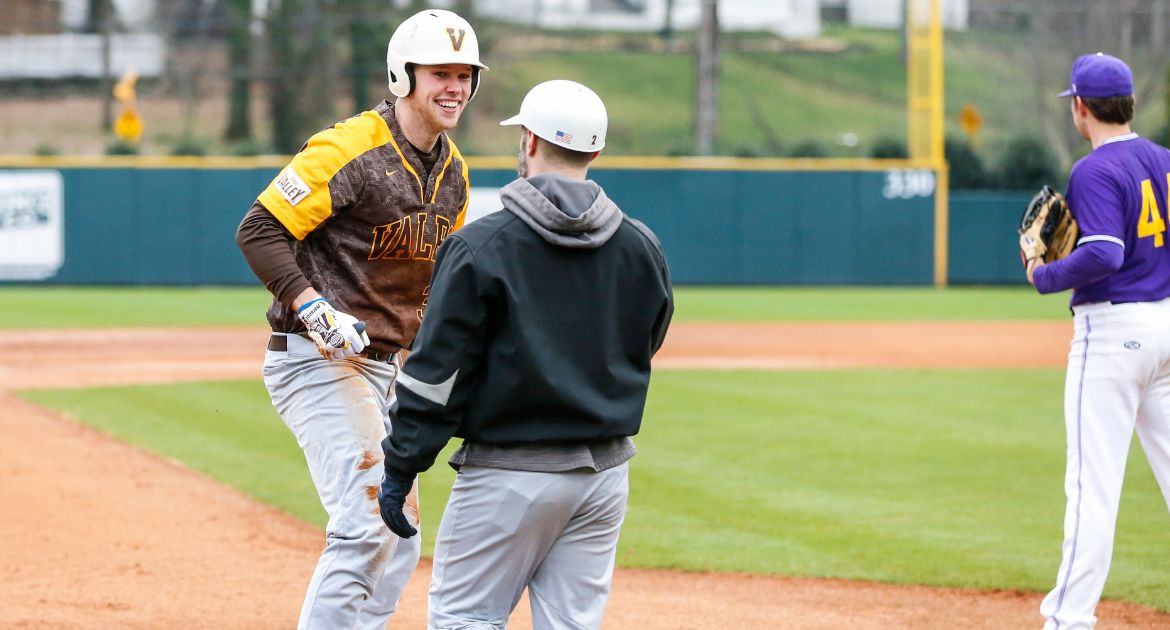 The Valparaiso University baseball team came within one out of topping host Arkansas State in the first game of Sunday’s doubleheader, but the Red Wolves rallied for a 7-6, 11-inning win before capturing the second game 7-1. Blake Billinger (Los Gatos, Calif. / St. Francis [Mission]) was Valpo’s top offensive performer, enjoying his second career multi-homer game in the opener.

The rain-altered series will conclude on Monday at noon CT in Jonesboro. Links to live video (subscription only), audio and stats will be available on ValpoAthletics.com as freshman Colin Fields takes the mound for Valpo.