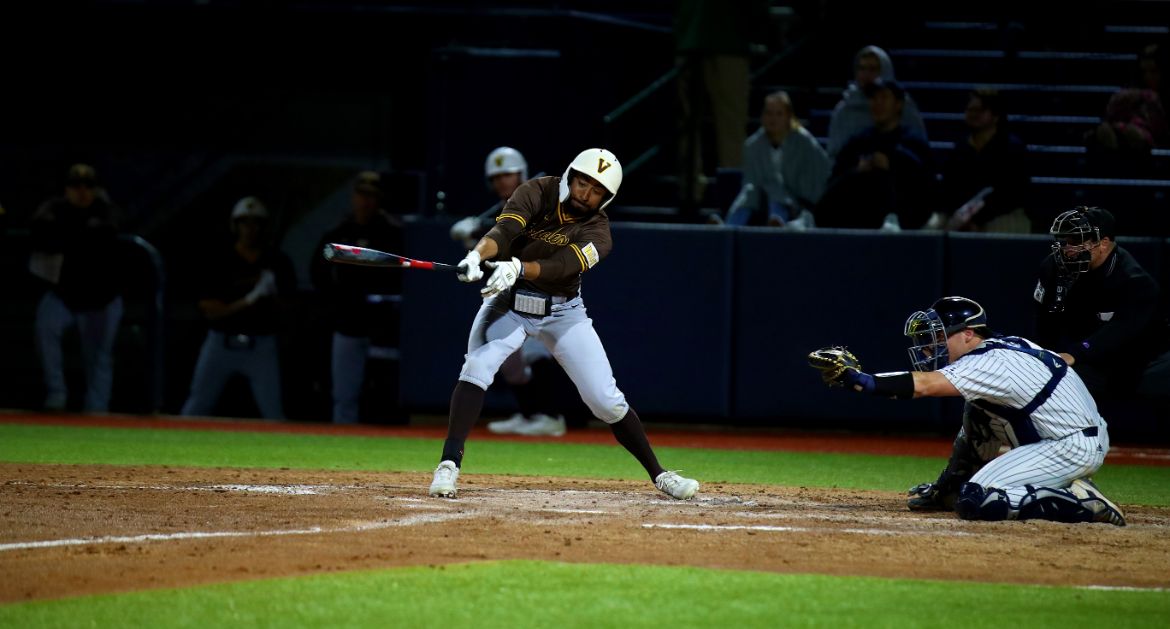 Riley Dent had his team-leading sixth multi-hit game of the season on Wednesday.
Valparaiso at Alabama State | March 11, 2020

The Valparaiso University baseball team was edged 4-2 by Alabama State on Wednesday night in Montgomery Alabama. The Hornets snapped a 2-2 tie with a two-run triple in the sixth, a lead that would hold up on a night that featured quality pitching on both sides.