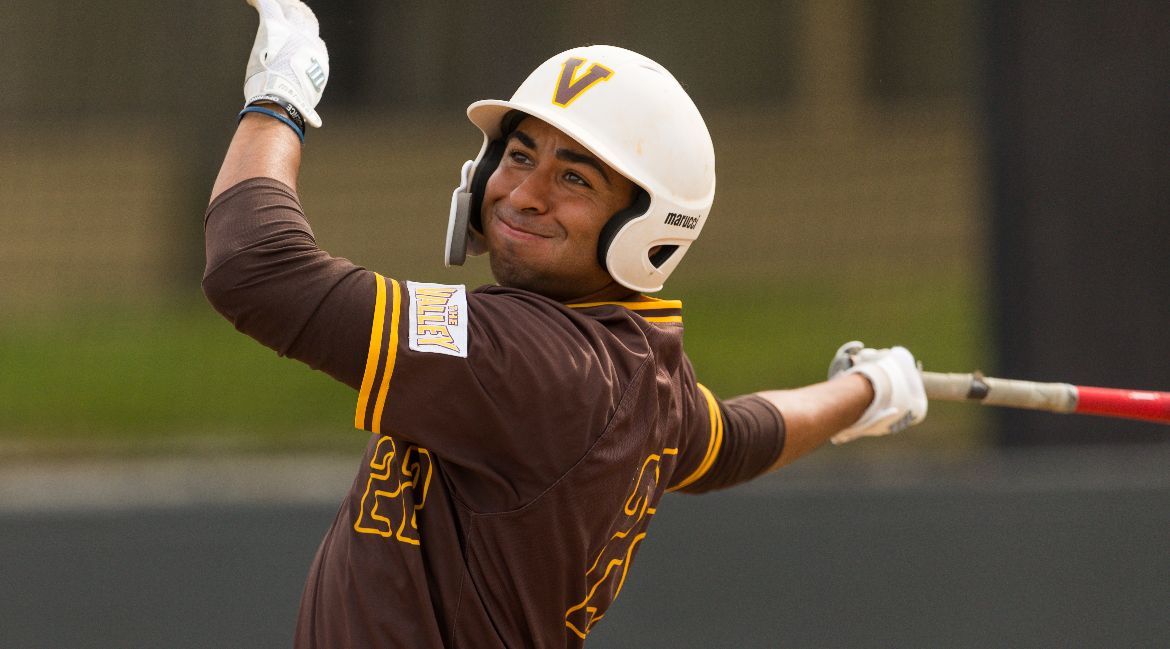 The Valparaiso University baseball team dropped a back-and-forth affair at Missouri Valley Conference preseason favorite Dallas Baptist 9-8 in the second game of a doubleheader on Friday at Horner Ballpark in Dallas. The one-run contest came after the Patriots had also prevailed 8-4 in the opener. Fifth-year senior Riley Dent (Long Beach, Calif. / Wilson) had a career showing in Game 2, posting four hits including two doubles and a home run.

Valpo (5-15, 0-3) and DBU (17-7, 3-0) will close out the conference-opening series with a 1 p.m. matchup on Saturday at Horner Ballpark. Links to live video, audio and stats courtesy of DBU Athletics can be found on ValpoAthletics.com.