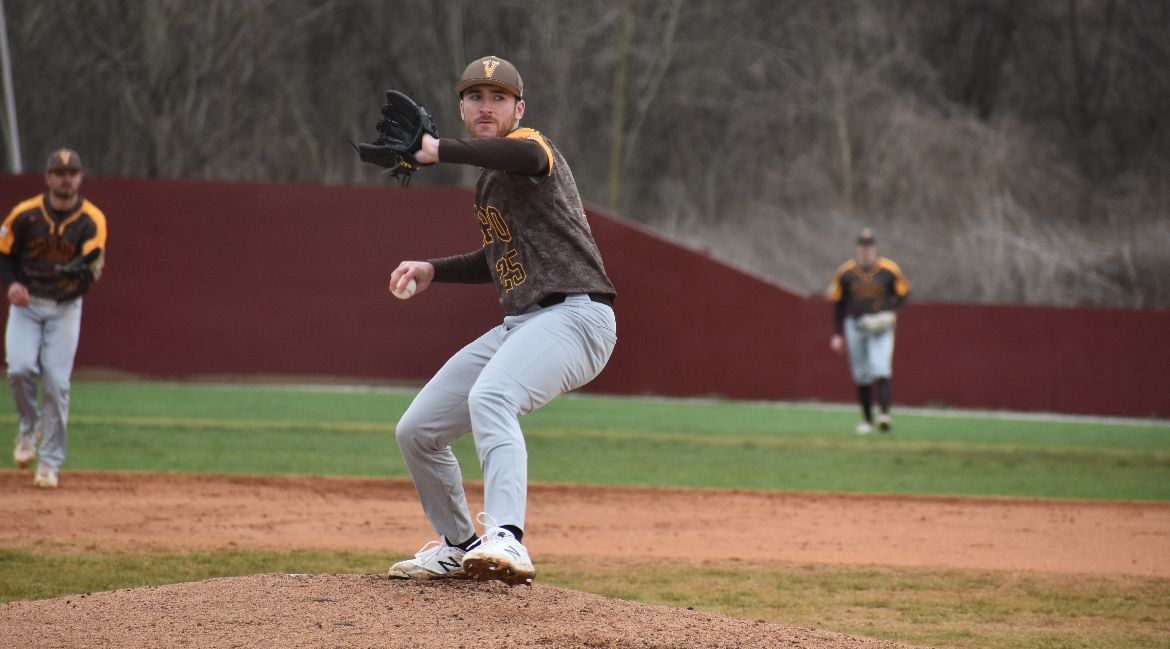 Colin Fields had 10 strikeouts on a night where the Valpo pitching staff totaled 17.
Valparaiso at Omaha | March 05, 2022

The lead changed hands time and time again on Saturday evening at Tal Anderson Field in Omaha, Neb., but when the final out was recorded, the Valparaiso University baseball team had pulled off its fifth win in the last six games by beating host Omaha 7-5. The Beacons escaped a stressful bottom of the ninth to extend the team’s successful start to the season with another close victory.

Valpo (5-3) and Omaha will round out the four-game series on Sunday at 1 p.m. in Omaha, Neb. Links to live video, audio and stats will be available on ValpoAthletics.com.