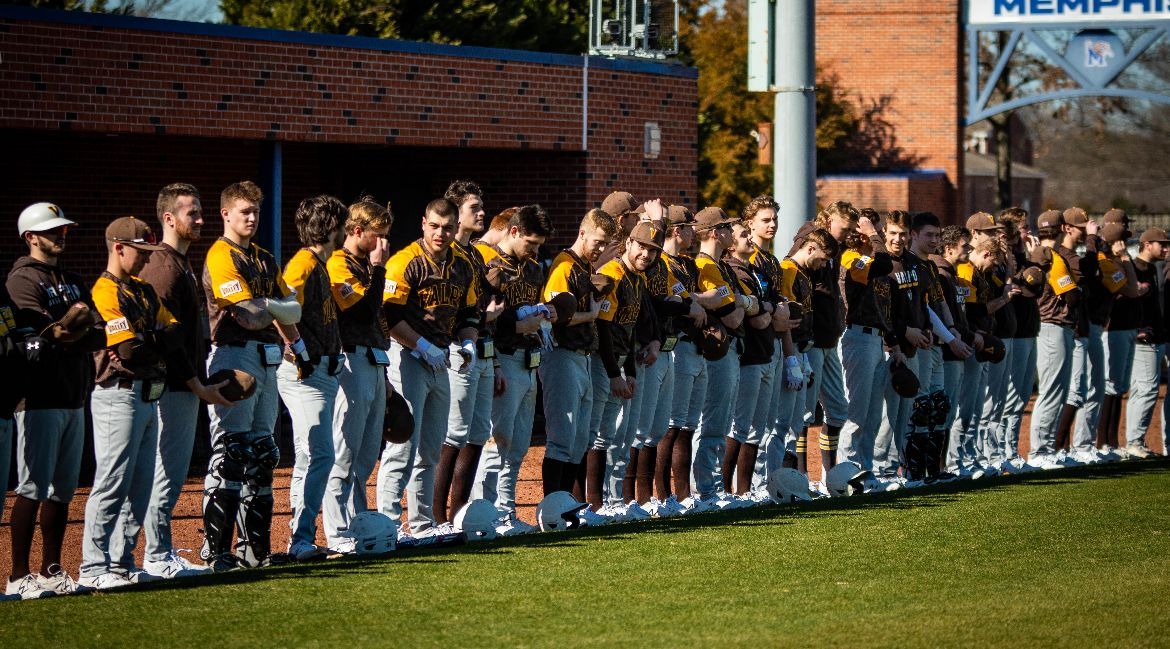 Next Up in Valpo Baseball: The Valparaiso University baseball team holds a winning record through five games, all against warm-weather competition, and will look to sustain the early-season success with this weekend’s four-game series at Omaha. The Beacons enter the weekend riding a three-game winning streak. This represents the lone scheduled four-game set this year.

Last Time Out: Valpo enjoyed a doubleheader sweep of Alabama A&M on Friday, Feb. 25, overcoming an early deficit to win 9-2 in Game 1 before holding on to an early lead to win 3-2 in Game 2. That proved to be the extent of the series, as Sunday’s scheduled finale was washed away by rain. In Game 1, Angel DiFederico had three hits including two triples, while Alex Thurston also enjoyed a three-hit contest. Their efforts came in support of Trent Turzenski, who fired a seven-inning complete game to earn the victory while allowing two runs on five hits and two walks in a game where he fanned seven. Valpo got another quality pitching performance in the nightcap, as Colin Fields yielded just two runs, both coming on a home run, over five solid innings of four-hit, seven-strikeout ball. Nathan Chasey and Bobby Nowak came on to work scoreless frames in relief. Kyle Schmack had a double and a two-run homer to pace the offense.

Following the Beacons: Links to live coverage will be available on ValpoAthletics.com.

Series Notes: Valpo will face a first-time opponent for the second consecutive weekend as these two teams have never squared off on the baseball diamond.

Strong Start: Valpo owns a three-game winning streak, all in road games against warm-weather competition. This marks the team’s longest winning streak since rapping off four straight late in the 2019 season vs. SIU and Chicago State. Valpo boasts a 3-2 mark through five games, the team’s best record at this early stage in the season since 2014. The doubleheader sweep of the Bulldogs marked the program’s first since April 23 of last season vs. SIU. This is the first time Valpo has won three straight with all of them coming on the road since April 13-20, 2018 at Michigan State, No. 25 Illinois and Evansville. If the Beacons take Friday’s series opener at Omaha, they will have four wins in their first six games, which would be their best six-game start since 2009.

Triple the Triples: In Game 1 of the Feb. 25 doubleheader at Alabama A&M, Valpo had three triples in a single game for the first time since May 21, 2016 vs. Youngstown State. Angel DiFederico was responsible for two of them, while Alex Ryan had the other. DiFederico entered the day with one triple in 41 career games, a total that he tripled in a single seven-inning contest. Furthermore, DiFederico became the first Valpo player with a multiple-triple game since Andy Burns on April 6, 2013 vs. UIC. In addition, he became just the fourth player nationally with a two-triple game this season.

Going the Distance: Trent Turzenski delivered a seven-inning complete game in Game 1 of Valpo’s road doubleheader sweep at Alabama A&M on Feb. 25, earning the win in a 9-2 triumph for the Beacons. Turzenski became the first Valpo hurler to toss a complete game since, well, himself on May 22 of last season, an eight-inning effort against Missouri State. He scattered just five hits and two walks while striking out seven and permitting only two earned runs in the game against the Bulldogs. He did not allow any runs over the final five frames. Opponents hit just .208 against Turzenski in the contest.

Close Calls: It didn’t take long for Valpo to play its first one-run game of 2022, a 4-3 setback that came on a walk-off hit in the middle game of the opening weekend series at Memphis on Feb. 19. Valpo garnered its first one-run win of the year on Feb. 25 at Alabama A&M as Bobby Nowak improved to 2-for-2 in save chances to preserve a 3-2 triumph by striking out the side in the ninth. Last season, Valpo competed in 15 one-run games, posting a 7-8 record in such contests. The team played 10 affairs decided by the slimmest of margins in Missouri Valley Conference play alone a year ago.

In the Other Dugout: Omaha