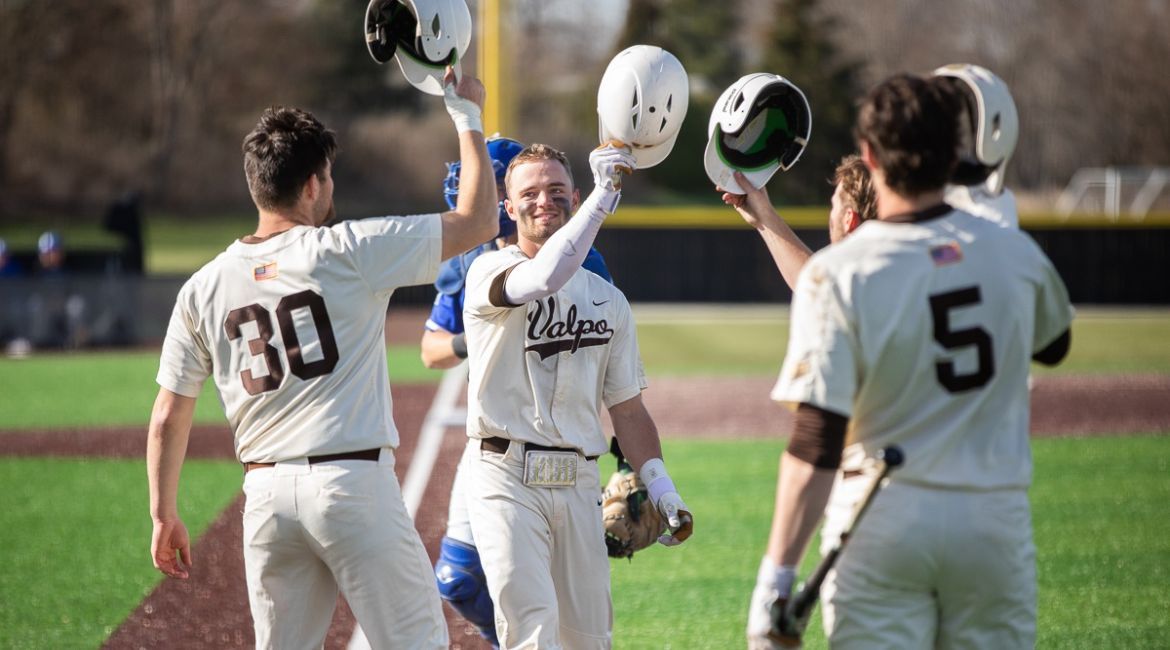 Redshirt freshman Adam Brauch (Waukee, Iowa / Dowling Catholic) launched a home run in each game, but the Valparaiso University baseball team lost both games of a doubleheader on Sunday afternoon at Emory G. Bauer Field, falling 15-8 in Game 1 before incurring an 11-8 setback in the nightcap. The day featured no shortage of offense as the two teams combined for 57 hits over the two games.