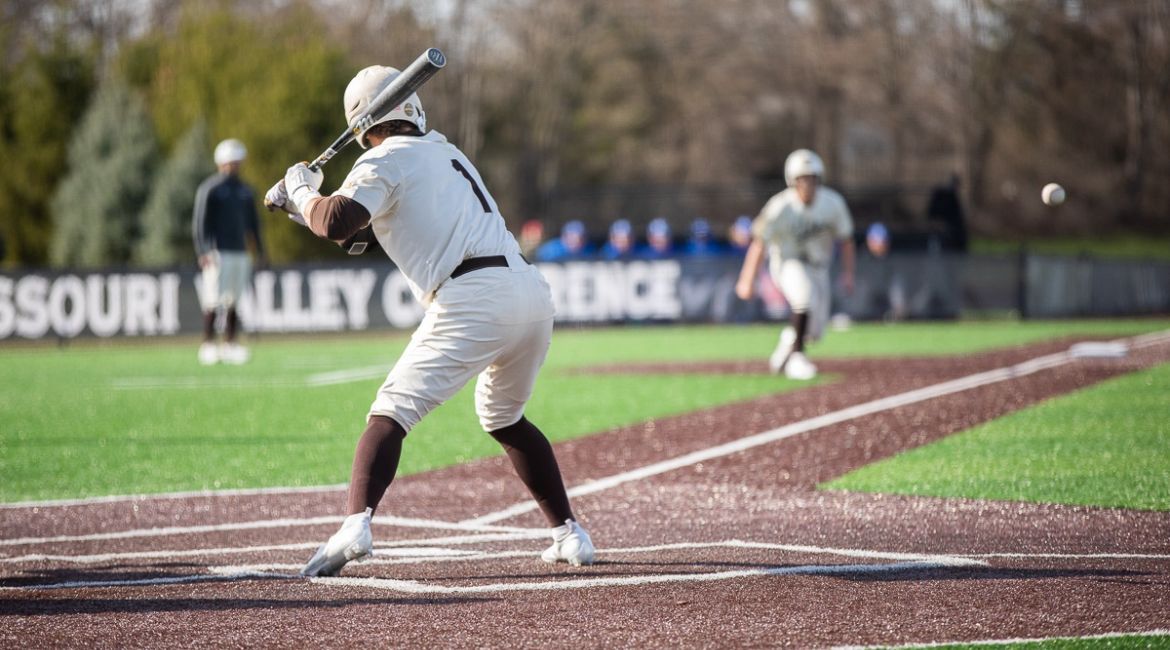 Next Up in Valpo Baseball: The Valparaiso University baseball team will attempt to notch a second straight series win after going on the road to take two of three from Illinois State last weekend. The Beacons will face off with a Missouri State team that has dropped its first six Missouri Valley Conference games, but there’s little doubt that the Bears are a better club than their early-season league record would indicate. Due to rain forecasted on Friday, the series will begin with a doubleheader on Saturday.

Last Time Out: After falling 7-0 in last weekend’s series opener at Illinois State, Valpo rallied to take two of three in an Easter Weekend series at Duffy Bass Field in Normal, Ill. After Valpo prevailed 10-2 in Saturday’s middle game – the team’s most lopsided win in league play since joining the Missouri Valley Conference – the Beacons held on for a 2-1 win behind hometown hero Griffin McCluskey, who pitched six strong innings to earn his first collegiate victory in his native Normal. The series victory came against the team picked third in the Missouri Valley Conference preseason poll. Valpo followed that series with a 5-1 midweek setback to No. 18 Notre Dame despite a solid pitching performance from Connor Lockwood and solo homer by Brady Renfro.

Following the Beacons: All three games this weekend will air on ESPN3 with Todd Ickow calling the action. Thomas Kithier will join Todd for the first two games in the series, while Sam Michel will handle color commentary for the series finale. Links to live video and stats are available on ValpoAthletics.com. For in-game updates, follow @ValpoBaseball on Twitter.

Head Coach Brian Schmack: Brian Schmack (165-254), the 17th head baseball coach in Valparaiso University history, is in his ninth season in charge of the program. This year, he moves into sole possession of third in program history for number of seasons coached with nine, surpassing Donald Warnke (1946-1953). Entering the season, Schmack’s win total ranks fourth in program history after he surpassed Rick Ferchen (1982-1987, 147) during the 2021 campaign. Also in 2021, Schmack joined Paul Twenge (1988-2006), Emory G. Bauer (1954-1981) and Tracy Woodson (2007-2013) as the only head coaches to reach the 150-win threshold. The former big-league pitcher led Valpo to 25 wins in his inaugural campaign in 2014, a school record for victories by a first-year skipper. Schmack, a member of the 2003 Detroit Tigers, served as pitching coach/associate head coach at Valpo for seven seasons prior to his promotion.

Series Notes: For the second straight weekend, Valpo will match up with a team whose season it ended a year ago as the Beacons brought the Bears’ 2021 journey to a halt with a 6-4, 10-inning win in the opening round of the Missouri Valley Conference Tournament in Carbondale. Parker Johnson had a two-run, go-ahead double in the top of the 10th to put Valpo back in front after Missouri State had scored an unearned run in the bottom of the ninth to tie the game and send it to extras. That memorable win was the first triumph over Missouri State in program history, as Valpo entered that matchup with an 0-13 mark against the Bears in a series that dates back to 1985. That included a four-game Missouri State sweep in Springfield to close out the 2021 regular season with three of those four losses coming by one run.

Approaching the Century Mark: Two members of the middle of Valpo’s batting order enter this weekend’s series against Missouri State closing in on the 100-hit milestone for their collegiate careers. Kaleb Hannahs has 96 career hits, while Kyle Schmack owns 95.

Staying on Schedule: In shocking news, there were no weather-related schedule changes to Valpo’s series at Illinois State from April 15-17 (although it was still cold). That marked the first time since the first weekend of the season (Feb. 18-20 at Memphis) that Valpo played a weekend without a doubleheader.  So far this season, three weekends have stayed on schedule, while seven weekend series (including this weekend series vs. Missouri State) have included at least one schedule change due to weather. After this weekend, Valpo will have played a doubleheader in eight of 10 weekends.

Working Quickly: Three of Valpo’s last four games have been 2:07 or shorter, the three shortest nine-inning games of the season. That included a contest that lasted just 1:56 on April 19 at No. 18 Notre Dame, the team’s fastest nine-inning game since needing only 1:54 on April 30 of last season vs. Illinois State. Valpo’s last five games, all nine innings in length, have all been 2:31 or shorter.

In the Other Dugout: Missouri State

Fields on the Strikeout List: After becoming the 12th player in program history to reach 200 career strikeouts on March 25 at St. Bonaventure, Valpo starting pitcher Colin Fields unlocked another achievement on April 1 at UIC, cracking the program’s career top 10. He did so in resounding fashion, fanning a career-high 13 to usurp Chuck Donley (212, 1991-1995) for 10th in program history. Furthermore, the 13 strikeouts marked the most by a Valpo pitcher in a single game since April 12, 2011, when Jon Gulbransen reached that same number in a game against Chicago State. Fields turned in another gem to start MVC play on April 9 vs. Indiana State, logging six scoreless innings of five-hit ball while striking out eight. He now has 225 career strikeouts, a number that ranks eight in program history.