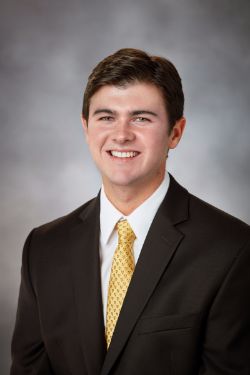 2016-17: Competed in eight events and golfed 23 rounds as a redshirt junior for the Crusaders... Turned in a 78.78 scoring average... Had his best performance relative to par at the Dayton Flyer Invitational on Oct. 17-18, shooting a +15 in the 36-hole event... Posted his best round of his career on the final day of the Hoosier Invitational on April 2, shooting a 74.

2013-14: Did not compete during first season at Valpo ... retains four seasons of eligibility.

Prep: A four-year letter winner for the Pioneers ... won state championship as a senior in 2012 ... also helped team to a runner-up finish at states ... three-time All-Conference honoree qualified four times for stats in his career ... Pioneers won the state title during his freshman season in 2009 ... also won the Macomb Invitational in 2012 and the Peoria Notre Dame Invitational in 2011.

Personal: Adam is the son of Bill and Lori Baracani ... major is marketing.