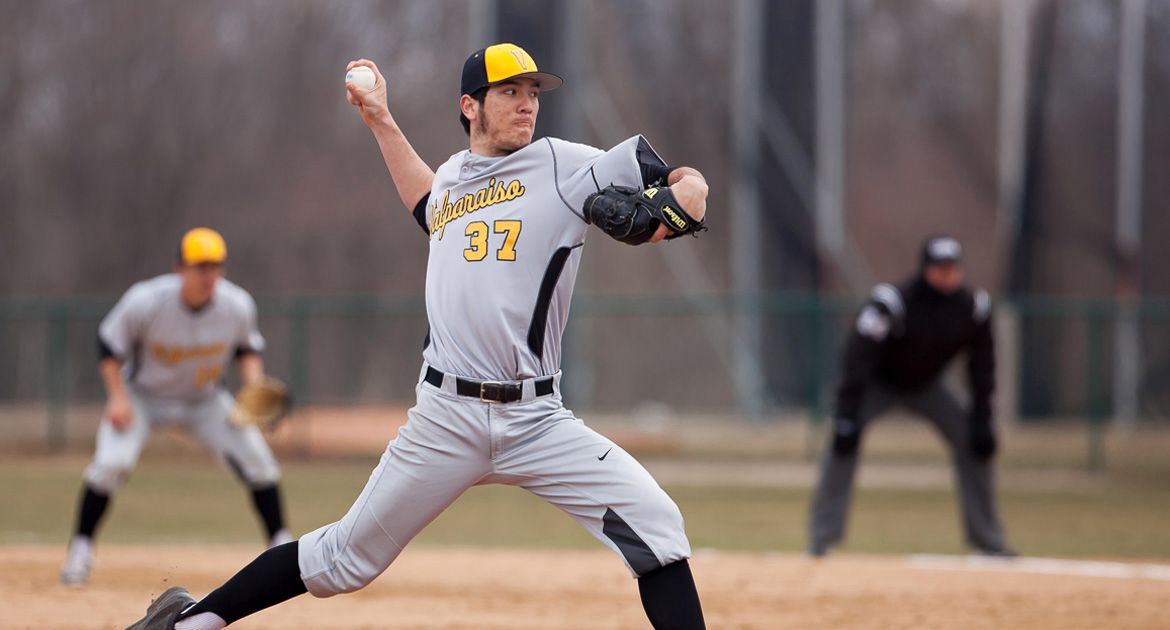 Mario Losi allowed one run over seven innings but received no decision on Saturday.
Valparaiso at Wright State | March 18, 2017

The Valparaiso University baseball team suffered a 2-1 setback to Wright State on Saturday afternoon at Nischwitz Stadium in Dayton, Ohio. Valpo’s Mario Losi and Wright State’s Danny Sexton engaged in a quality pitchers’ duel that was won by Sexton, who tossed a complete game. Losi received no decision despite allowing just one run over seven innings.

The Crusaders and Raiders will go at it again on Sunday, this time with a doubleheader beginning at 11 a.m. CT. The games can be seen on ESPN3, WatchESPN and the ESPN app and heard on 95.1 FM Valparaiso. Links to live video, audio and stats can be found on ValpoAthletics.com.