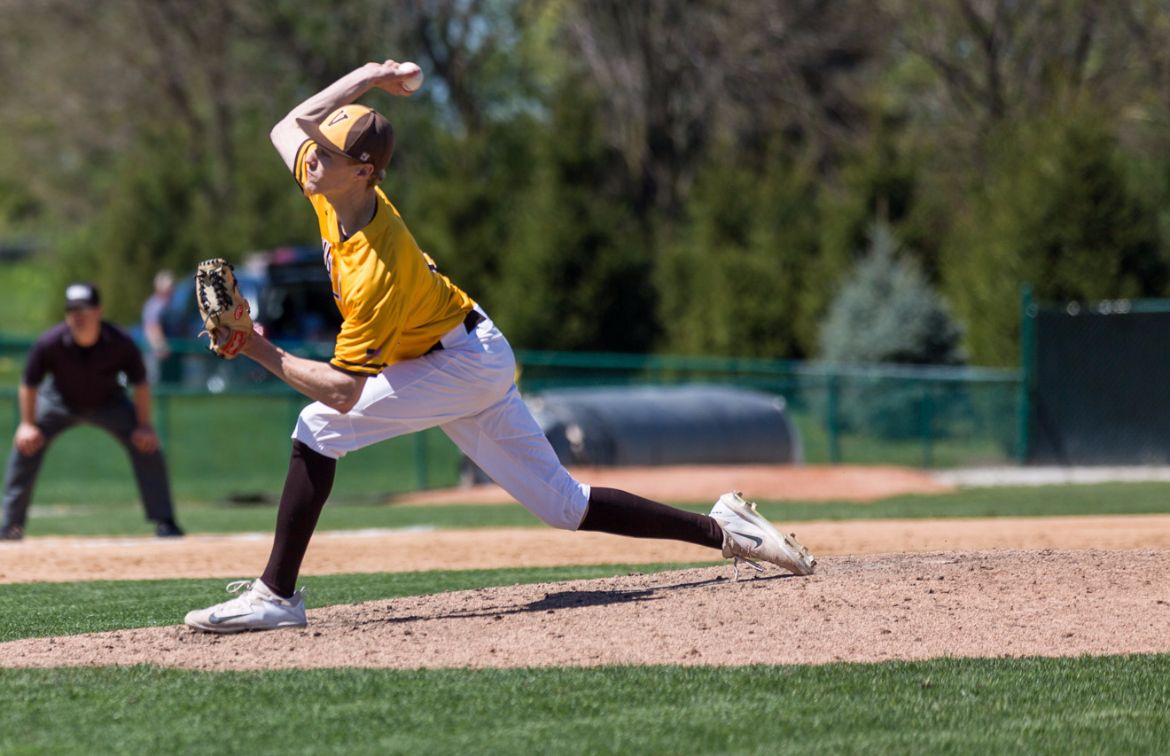 Next Up in Crusader Baseball: The Valparaiso University baseball team received the pleasant surprise of a weekend without leaving town, as Sunday’s doubleheader was moved from Rochester, Mich. to Valpo due to field conditions at Oakland. The Grizzlies took two of three from the Crusaders when they visited Emory G. Bauer Field earlier this season. Oakland will be the home team for both games and have last at-bats.

Last Time Out: The Crusaders split a doubleheader with Youngstown State on Friday, dropping the first game 4-3 before earning a 6-2 victory in Game 2. The Crusaders took a 3-1 lead into the eighth and a 3-2 edge to the ninth in the first game, but found themselves falling victim to a late Penguins rally for the third time in an eight-day span. Youngstown State won it with two in the top of the ninth, both runs unearned after a Valpo error in left field.

On the Air: The games will be broadcast on WVUR Valparaiso, 95.1 FM with David Horak bellowing out the play-by-play. Links to live audio and stats will be available on ValpoAthletics.com.

Game 1 Starters: Grant Inman will return to the rubber for the first time since April 23. His most recent performance was a strong one, as he took a tough-luck loss despite allowing just two earned runs on five hits and two walks while striking out seven over seven innings in a 3-1 Raider victory. That marked the first time in his 10 starts this season that Inman has lasted beyond five innings. The seven strikeouts also established a single-game career watermark. The sophomore right-hander stands at 3-5 with a 6.00 ERA in 11 appearances, 10 starts. He has hurled 43 2/3 innings and issued 19 walks while striking out 32. Inman lost his first start against the Grizzlies, lasting just 3 1/3 innings and allowing eight runs (seven earned) on six hits and three walks in a 19-9 Valpo loss. This pitching matchup is a rematch of that one, when Jake Lee yielded eight runs but only three were earned over 4 2/3 innings while allowing 11 hits. For the season, Lee is 1-5 with a 5.10 ERA in 11 starts. He walked 22 and racked up 70 strikeouts in 67 innings. Lee’s 70 strikeouts leads the Horizon League.

Game 2 Starters: In the second game, both teams will face an opposing pitcher who they have not seen yet this season. Valpo veteran Ellis Foreman comes in with a 2-1 mark and 4.06 ERA while allowing just four walks and striking out 23 in 37 2/3 innings over 18 games, two starts. After a complete game shutout against Wright State two weeks ago, Foreman followed by allowing five runs on 13 hits over seven innings in a no decision against Youngstown State last week. He did face the Grizzlies last season, hurling eight shutout innings of four-hit ball. The Crusaders will take their hacks against Conor Bowers, who is 0-3 with a 7.59 ERA in 32 innings. This will be his ninth appearance and fifth start.

Inside the Crusaders: James Stea stole his 21st base of the season on Friday, moving into a five-way tie for fifth in program history. He needs two steals to match Kyle Gaedele (2011) for fourth. Mike Healey (1985) holds Valpo’s single-season stolen base record with 37. In addition, Stea has already tied the program record by being hit by a pitch 22 times this year. With his next HBP, he’ll pull past Tanner Vavra (2012) and take over sole ownership of the single-season hit by pitch record. Stea still ranks second in the nation with 22 HBP and sits tied for 17th nationally with 20 steals. Nate Palace enters Sunday with 1,093 career putouts, just the third player in program history to reach 1,000 career putouts. Palace is currently 10th in program history in career RBIs with 114. He needs two to move into a tie for ninth. Palace is also tied for fifth in program history with 22 career home runs. He’s the first Valpo player since Jeff Mandsager (2001-2003) to finish with 22 or more career long balls. Palace scored the 100th run of his collegiate career on Friday. Despite only playing at Valpo two seasons as a JUCO transfer, Stea ranks eighth in program history in career stolen bases with 38. Valpo enters Sunday 0-5 in the first game of doubleheaders this season. Nate Palace and Chase Dawson both had their first multi-hit games since April 23 in the second game of Friday’s double dip. Jake Hanson enters Sunday having reached base safely in 15 straight games, and Scott Kapers in 13 straight.

In the Other Dugout: Oakland captured national attention last summer when it announced an unconventional resolution to its head coaching opening. Colin Kaline and Jacke Healey were named co-head coaches, becoming the lone Division I school with two head coaches. They also have one of the youngest dugouts in college baseball as Healy and Kaline are both 28 years old. Kaline is the grandson of Hall of Famer Al Kaline. Oakland is led by Zach Sterry, who is hitting .361 with 13 home runs and 40 RBIs. Sterry is third in the league in average, first in slugging at .680, third in home runs and tied for fourth in RBIs. In league-only games, Tyler Pagano has a .407 average that ranks atop the Horizon. Sterry has 26 runs scored in league-only games, which ranks first. Oakland is a team that opponents have had great success running against as Matt Dileo leads the league in stolen bases allowed at 71 and Oakland as a team leads the league with 82. Thanks mostly to Scott Kapers, Valpo has allowed just 25 stolen bases all season, the second-fewest in the league. Oakland picked up a doubleheader split against UIC on Friday, winning the second game 7-3 after dropping the opener 13-2. The Grizzlies and Crusaders hold identical 8-13 league records, making Sunday’s doubleheader a big one. Entering Saturday’s games, the bottom four teams were all within one game of each other. Three of the four will make the Horizon League Tournament.