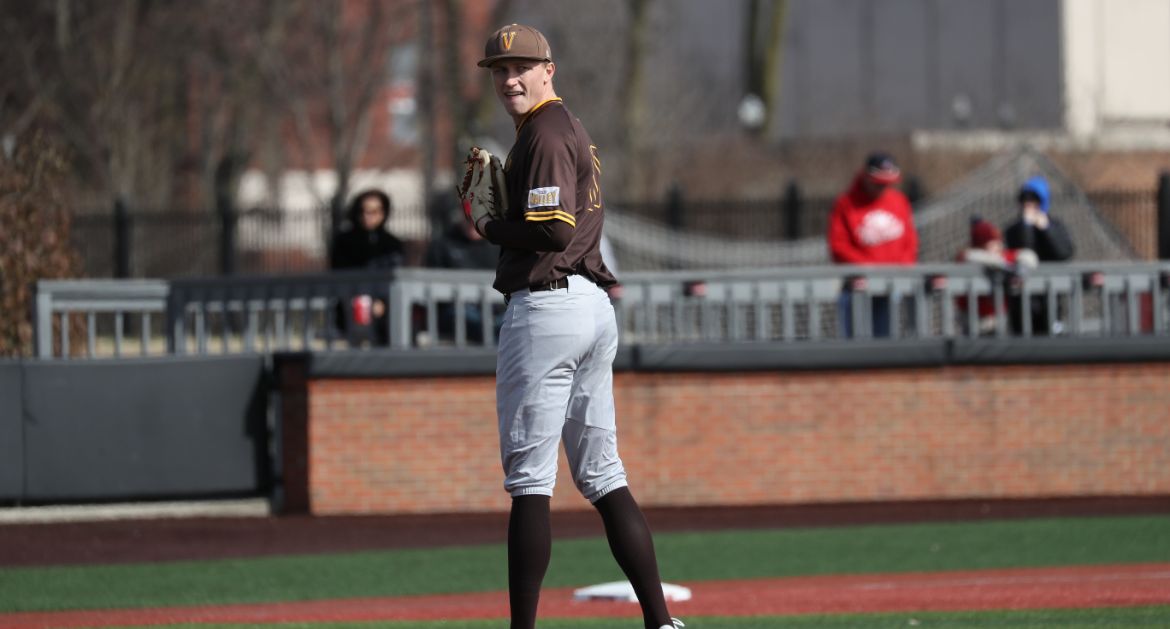 Easton Rhodehouse started on a solid day for the Valpo pitching staff at Louisville.
Valparaiso at #1 Louisville | February 21, 2020

The Valparaiso University baseball team limited No. 3 Louisville to three runs on eight hits on Friday, but the offense ran into reigning ACC Pitcher of the Year Reid Detmers, who struck out 14 over six shutout innings in a 3-0 win for the Cardinals at Jim Patterson Stadium in Louisville, Ky.

Valpo (1-3) will continue the series with No. 3 Louisville on Saturday for a high noon start between the two teams. The game will again be broadcast on ACC Network Extra with links to live video, audio and stats available on ValpoAthletics.com.