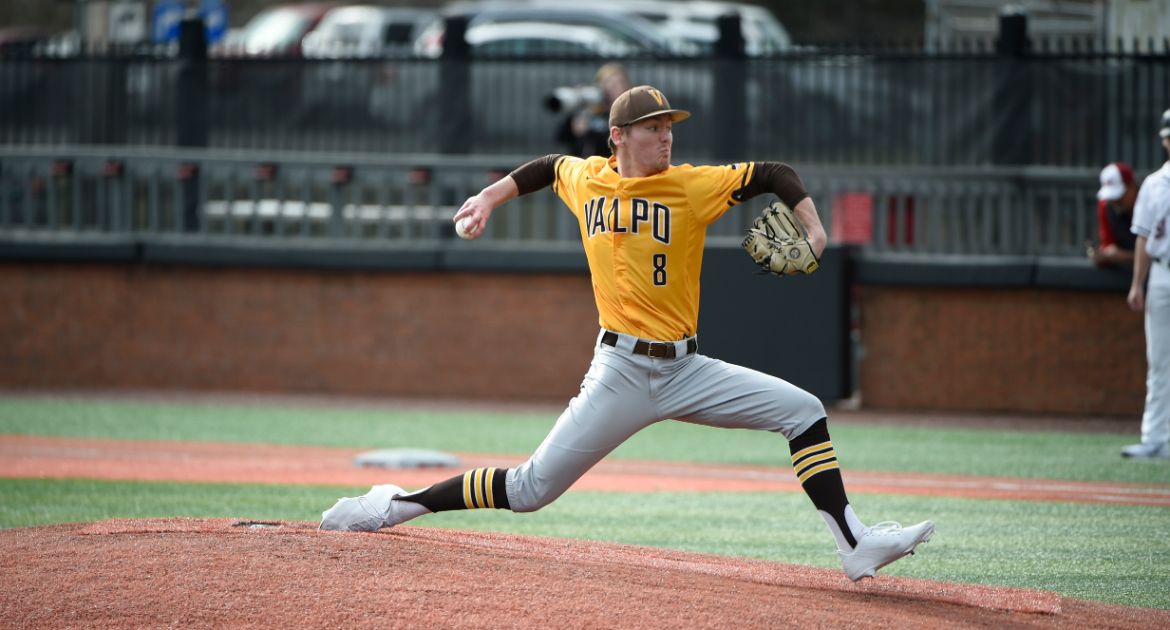 Zach Fricke got the start on the mound for Sunday's series finale.
Valparaiso at #1 Louisville | February 23, 2020

The Valparaiso University baseball team enjoyed its most successful offensive day of the season thus far, posting 10 runs on 15 hits in a 14-10 defeat at No. 3 Louisville on Sunday. It was a big day for freshman Nolan Tucker (Cedar, Lake, Ind. / Hanover Central), who spanked a home run and drove in four, the highest RBI output by a Valpo rookie in eight seasons.

Valpo (1-5) will begin its annual spring trip on Friday, Feb. 28 at the Lake Area Classic in Lake Charles, La. The team will play a pair of games on Friday, battling Southern Mississippi at 2 p.m. CT and McNeese State at 6 p.m. CT. Links to live coverage will be available on ValpoAthletics.com.