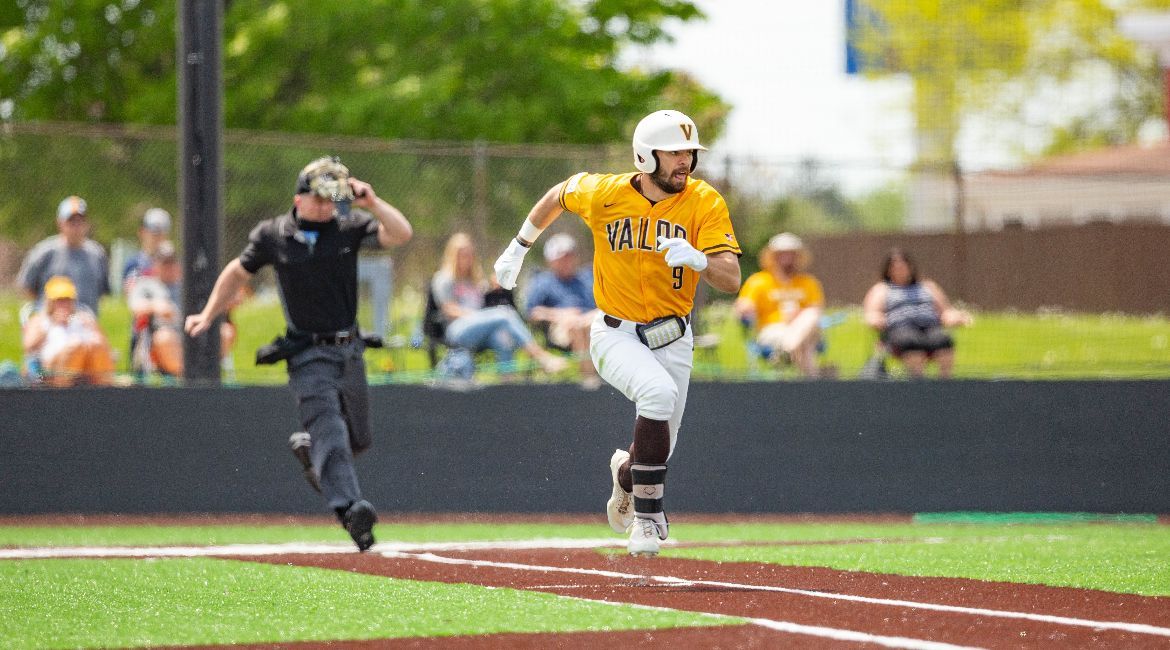 Steven Fitzsimmons extended his hitting streak to 11 games on Sunday.
Evansville at Valparaiso | May 16, 2021

The Valparaiso University baseball team surged from behind for three runs in the bottom of the ninth to create a seven-all deadlock in Sunday’s home finale at Emory G. Bauer Field, but visiting Evansville scored four in the top of the 10th and held on for an 11-9 victory in a game that featured a frenetic finish. Matt Olive (Minneapolis, Minn. / Blake School) delivered a game-tying pinch-hit single in the bottom of the ninth, but Valpo stranded the bases full.

Valpo (14-29, 9-15) will begin the final four-game series of the season on Thursday by visiting Missouri State for an 11:30 a.m. CT first pitch in Springfield, Mo. The game will be broadcast on ESPN+ with links to live video, audio and stats available on ValpoAthletics.com.