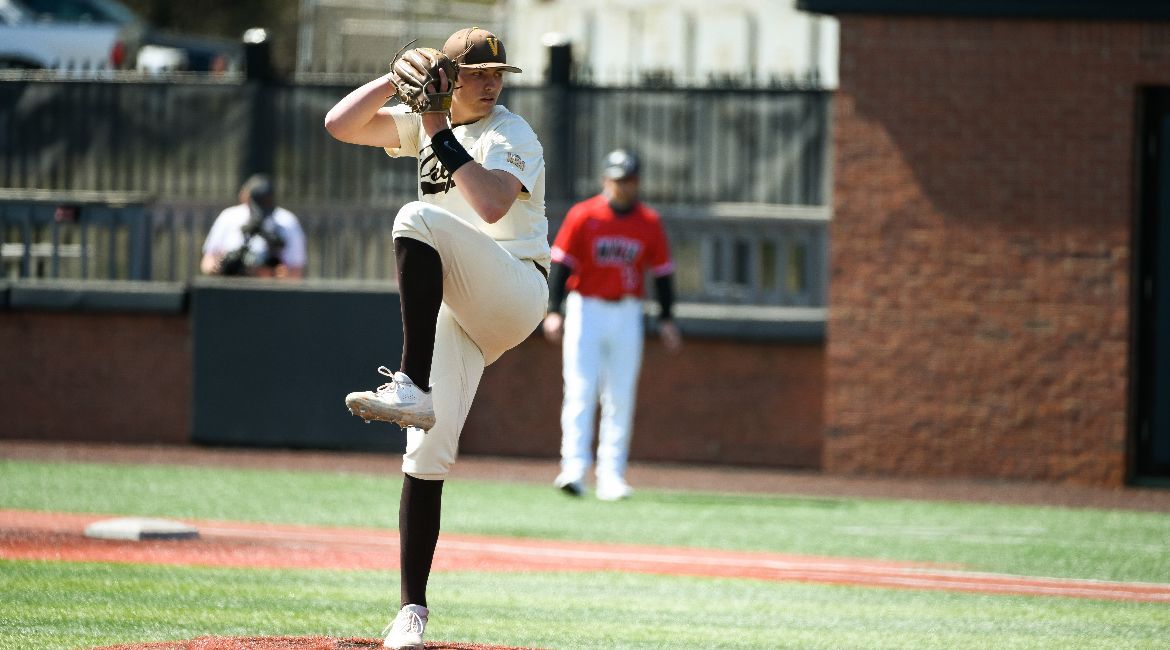 Trent Turzenski took a tough-luck loss despite a strong complete-game outing.
Valparaiso at Missouri State | May 22, 2021

The Valparaiso University baseball team battled to another one-run game against Missouri State on Saturday at Hammons Field in Springfield, Mo., but for the third time in the series the Bears prevailed in a game dictated by a single tally, this time 2-1. Valpo starter Trent Turzenski (Burlington, Wis. / Burlington) twirled a gem, but was the tough-luck losing pitcher. The Brown & Gold will get another crack at the Bears as the two teams will face off in the opening round of the Missouri Valley Conference Tournament on Tuesday at 7 p.m. in Carbondale.

Valpo (14-33, 9-19) will face off yet again with Missouri State (21-22, 11-13) in the first round of the MVC Tournament on Tuesday at 7 p.m. at Itchy Jones Stadium in Carbondale, Ill. The winner of that single-elimination game will advance to the double-elimination portion of the tournament, which begins on Wednesday. If Valpo prevails in the opening round, it would take on top-seeded DBU on Wednesday at 10 a.m. All MVC Tournament games will air on ESPN+ with links to live coverage available on ValpoAthletics.com.