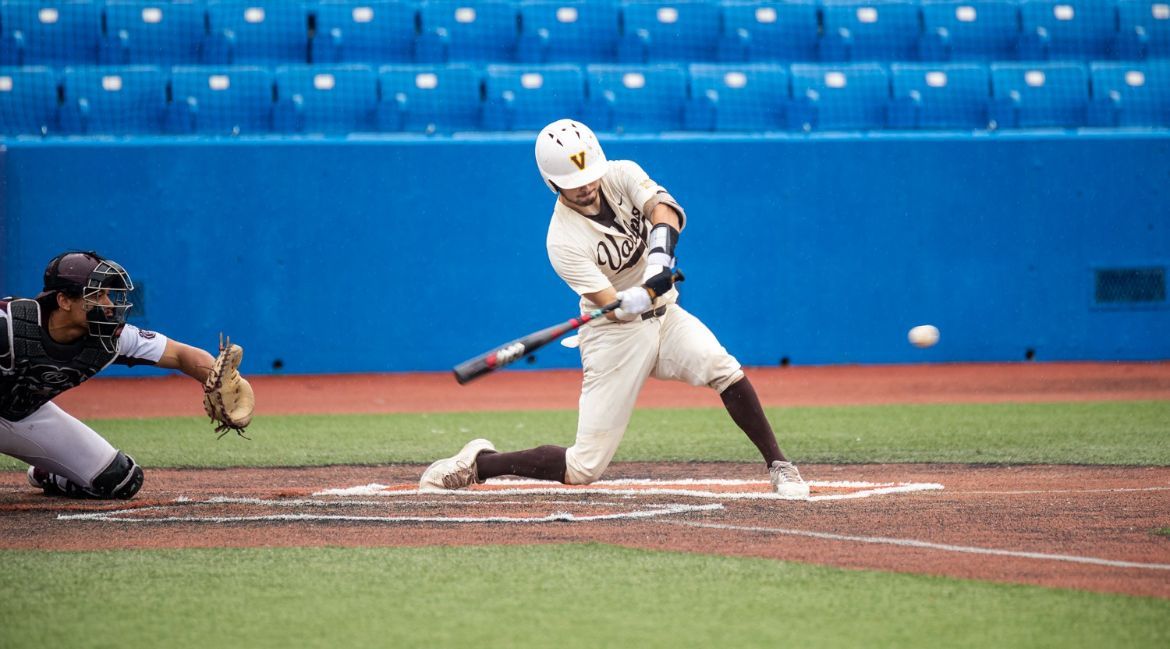 Next Up in Valpo Baseball: For the second consecutive Missouri Valley Conference Tournament, Valpo will match up with Missouri State in the opening round after the two teams completed the regular season against one another. Much like 2019, Valpo finished the regular year by incurring a road sweep at the paws of the Bears. Eighth-seeded Valpo will face off with fifth-seeded Missouri State for the fifth consecutive game on Tuesday, this time with the season on the line in a win-or-go-home round to begin the MVC Tournament. If Valpo prevails on Tuesday, it will advance to the double-elimination portion of the event and take on top-seeded DBU on Wednesday at 10 a.m.

Last Time Out: Valpo was swept in a four-game weekend series at Missouri State, however all four games were close contests. Three of the four were decided by one run, and the other game saw Valpo hold the lead as late as the seventh inning. Parker Johnson held a team-high .333 batting average with three runs scored during the series, while Kyle Schmack posted a .308 mark. Valpo boasted strong pitching, particularly in the first and fourth games of the series, which were 2-1 defeats. Trent Turzenski delivered an eight-inning complete game and took a tough-luck loss in Saturday’s regular-season finale. He allowed two runs on five hits and struck out six, an effort that helped Valpo preserve the bullpen for Tuesday’s conference tournament opener.

On the Air: All games during the tournament will air on ESPN+. The conference broadcast teams for the event include Scott Warmann, Shane Dennis, Art Hains and Connor Onion. Links to live video and stats will be available on ValpoAthletics.com.

Series Notes – Missouri State: Valpo hopes to break through with its first-ever victory over Missouri State on Tuesday. The Brown & Gold hold an 0-13 mark in a series that dates back to 1985. The Bears ended Valpo’s season in 2019, as the teams met four straight games, three to close the regular season and one in the MVC Tournament. Valpo is hoping history will not repeat itself this week. The 10 MVC regular-season matchups have all gone Missouri State’s way, but eight of the 10 have been determined by two runs or fewer. Eleven of the 13 matchups have occurred since Valpo joined The Valley with the other two coming in 1985 and 1987 (and amazingly enough, current Missouri State head coach Keith Guttin was at the helm for those matchups, too).

All-Time Record vs. Remainder of the Field

Senior Salute: This year’s senior class features four players who have been staples in the program for the last five seasons after making immediate impacts as freshmen in 2017. This will mark the final conference tournament for the veteran quartet of RHP Jon Tieman, RHP Easton Rhodehouse, OF Steven Fitzsimmons and OF Riley Dent. In addition, LHP Josh Currier, a senior in his fourth year in the program; SS Damon Jorgensen, who is in his third year at Valpo after transferring from Coffeyville; and OF Jonathan Temple, who is in his second season with the Brown & Gold after transferring from Modesto JC, are coming down the final stretch of their collegiate careers. Graduation details and future plans for each senior are listed below.

Close Calls: Valpo has played in 14 one-run games this season and holds a 6-8 mark in such contests. The team played in 10 one-run affairs in MVC action, going 5-5. The 14 one-run games mark Valpo’s most in a single season since also having 14 during the 2018 season, and the 10 in league play marked its most since playing 16 one-run games in Horizon League action in 2012 and going 11-5.

Valpo in the MVC Tournament: This will represent Valpo’s third MVC Tournament appearance as the team attempts to bounce back from a first-round exit after a 7-1 defeat to Missouri State in the most recent tournament on May 21, 2019 in Normal, Ill. Valpo made a strong entrance in its first MVC Tournament back in 2018, beating a DBU team that went on to earn an NCAA at-large berth by a score of 13-10 in the tournament opener before incurring tight setbacks to Bradley (11-9) and DBU (7-5).

In The Other Dugout: Scouting the Field