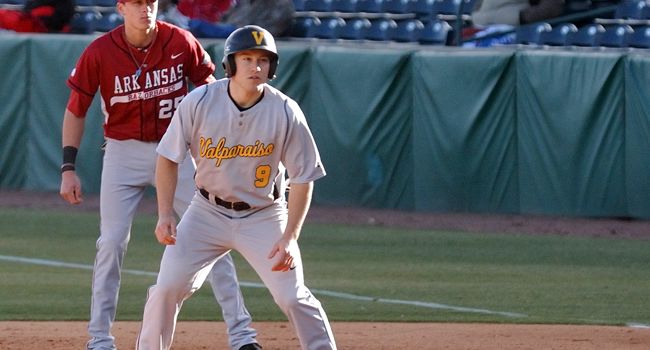 This Week in Crusader Baseball: Valparaiso wraps up its 19-game road trip this week while also opening Horizon League play.  The Crusaders will stop in Nashville, Tenn. on Wednesday afternoon for a non-conference tilt at Belmont before heading north to Indianapolis, Ind. Friday through Sunday to being conference action with a three-game series at Butler.

Head Coach Tracy Woodson: Tracy Woodson, the 16th head coach in Valparaiso University history, is in his sixth season at the helm of the Crusaders and has a 124-168 (.425) record both for his career as well as at Valpo.  Woodson ranks fourth in school history for career wins by a head coach.  A member of the Los Angeles Dodgers 1988 World Champion team, he has also managed in the minor leagues through the AAA level.

Probable Starters: Kyle Wormington (RHP, 0-2, 3.05) will be handed the ball for the Crusaders on Wednesday against Belmont, but numerous Valpo pitchers will see action on staff day.  The Bruins will counter with southpaw Dan Ludwig (LHP, 0-2, 4.38).  Tyler Deetjen (LHP, 0-2, 3.86) will open the Butler series for the Crusaders against the Bulldogs’ Dom Silvestri (RHP, 1-0, 1.50).  In the middle game of the series, Kevin Wild (RHP, 0-0, 4.50) will toe the rubber for the Crusaders against Mike Hernandez (RHP, 0-3, 5.59).  Wormington will return to the hill for the series finale while Butler has not announce a Sunday starter.

Series Notes: Belmont won the only previous meeting between the two schools, a 13-4 decision in Nashville on March 3, 2001.  Valpo leads the all-time series against Butler 74-51-1 dating back to 1952. Last season the Crusaders and Bulldogs split six meetings.  The Bulldogs took two of three to open Horizon League action during the final weekend of March in Indianapolis.  Butler won the opener 6-2, Valpo took the middle game 12-5, and the Bulldogs won the finale 14-7.  On April 30 in Valparaiso, the two sides split a doubleheader with the Bulldogs winning the opener 8-6 and the Crusaders taking the night cap 11-4.  Valpo won the final meeting between the two teams, 9-0, on May 25 to open the Horizon League Tournament in Dayton, Ohio.

Wrapping Up Recent Action: Valparaiso has dropped seven straight games after being swept in a three-game series at Campbell over the weekend and falling 8-6 at Winthrop on Monday night.

Scouting Belmont: The Bruins won one of three games at Auburn over the weekend and hosts Middle Tennessee State on Tuesday evening before entertaining Valpo on Wednesday.  Belmont is batting just .227 as a team, but Zac Mitchell leads the team with a .420 average with eight extra base hits.  Matt Beaty has driven home 11 runs while Drew Turner has homered twice.  The Bruin pitching staff has posted a 3.27 earned run average on the year, limiting opponents to a .239 batting average.

Scouting Butler: The Bulldogs have won four of their last five games overall after taking three of four from IPFW over the weekend.  Butler travels to Western Kentucky on Tuesday and hosts Marian on Wednesday before opening Horizon League play with the Crusaders over the weekend.  Pat Gelwicks leads Butler batting .409 while Radley Haddad is hitting at a .385 clip.  Jimmy Risi has a team-leading two home runs and 13 runs batted in for Butler, which is batting .256 as a team.  The Bulldog pitching staff has posted a 5.53 ERA on the year with opponents hitting .288 against them.

Pitching Staff Tops in the League Again: After leading the Horizon League in 2011 with a 3.95 earned run average, the Crusader pitching staff has returned to the top spot thus far this year.  Valpo’s hurlers have recorded a 4.51 ERA, more than a full run ahead of second place Butler’s 5.53 ERA.

Lots of Multi-Hit Efforts: Andrew Bain has already tallied seven multi-hit games through the team’s first 15 contests of the year while Tanner Vavra has six multi-hit games, including three three-hit games. Not surprisingly, Bain and Vavra lead the Crusaders each batting .313 (20-for-64) on the year.

Scoby’s Streak Reaches Double Figures: Steven Scoby has hit safely in 10 straight games entering Wednesday afternoon’s action at Belmont.  The senior outfielder started his streak on Feb. 26 with a three-hit game in the upset of Arkansas and has hit safely in 13 of 15 games this year.

Games Decided Late: Valpo has seen a large number of its games come down to the final at bat this season.  Four times in the first 15 games the Crusaders have played extra innings, going 3-1.  In fact, seven of the 15 games have seen the winning run plated by one side or the other in the ninth inning or later.

Solid Out of the Pen: Kevin Upp has seen opponents bat just .179 against him in eight innings of work out of the bullpen this season.

Looking Forward to Coming Home: After these four road games this week to close the 19-game season-opening trip, Valpo will return home to Emory G. Bauer Field for six straight games over two weekends.  The Crusaders will host Milwaukee March 23-25 in the home opener before entertaining Wright State.  Valpo’s longest homestand of the season is at the end, nine straight games from May 8-19.