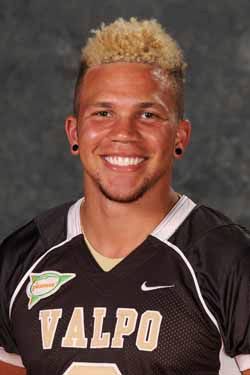 2015: Saw action in nine games during his sophomore year of eligibility ... totaled 10 tackles on the year, nine of which were of the solo variety ... opened season Sept. 3 at Eastern Kentucky with a tackle and a pass breakup ... posted season-best two tackles on three occasions: Oct. 10 at Drake, Nov. 7 at Butler and Nov. 21 at Jacksonville.

2014: Played in five games for the Crusaders...recorded three tackles in Valpo's 55-7 Homecoming win over Missouri Baptist on Oct. 11th.