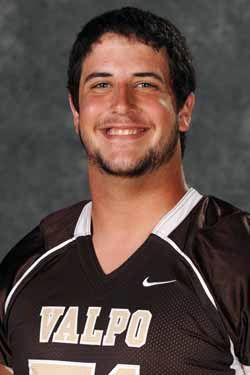 2013: Appeared in nine games on the O-line for the Brown and Gold in his sophomore campaign...named to PFL Academic Honor Roll.

2012: Started all 11 games as a freshman on the offensive line...made his collegiate debut on Aug. 30th against St. Joseph's...recorded a solo tackle against Duquesne (Sept. 15)...named to the Pioneer Football League Academic Honor Roll.