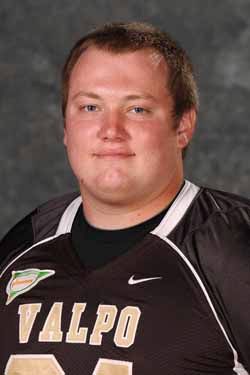 2015: Saw action on the offensive line in each of Valpo's final eight games as a sophomore ... member of the PFL Academic Honor Roll.

2014: Appeared in six games for the Brown and Gold in his rookie campaign...served on one of the top offensive lines in FCS football...named to PFL Academic Honor Roll.

Prep: A three-year letterwinner for the Elks during a 22-11 span...two-time offensive lineman of the week his junior season...member of Scholar Athlete Society.

Personal: Connor is the son of Bill and Barb Rettig ... major is biology.