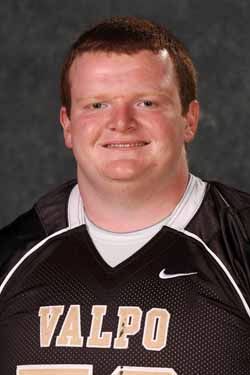 2014: Appeared in one game for the Crusaders...named to PFL Academic Honor Roll.

Prep: A four-year letterwinner for the Knights ... led team to the 2008 2A state championship ... recipient of the IHSA Scholastic Achievement Award ... also lettered in track and field and wrestling.