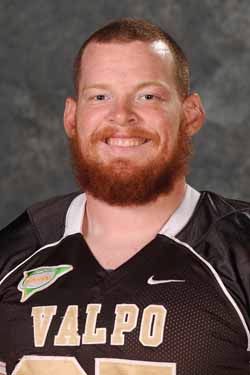 2013: Appeared in all 11 games on the offensive line for the Brown and Gold in his junior season...named to PFL Academic Honor Roll.

2012: Appeared in six games as an offensive lineman for the Crusaders...made his first start at Morehead State (Nov. 17)...named to Pioneer Football League Academic Honor Roll.

2011: Saw action in two games during rookie campaign on the offensive line ... made collegiate debut at Youngstown State (Sept. 10).

Prep: A two-year letterwinner for the Knights ... named team’s Player of the Week during the 2009 season ... helped lead team to the state championship as a junior ... also lettered in track and field.