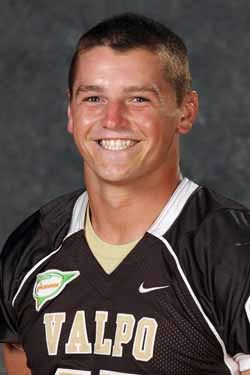 Prep: A three-year letterwinner for Leigh Cole and the Nighthawks...chosen as team captain his junior and senior seasons...member of Valley League First Team Defense All League from 2011-2013...named Team Defensive Player of the Year in 2012 and 2013...elected Valley League Defensive Player of the Year his senior year...named a San Diego Union-Tribune Scholar Athlete in 2012 and 2013.

Personal: Spenser is the son of Scott and Julie Pennington...majoring in criminology...born on December 28th, 1995.