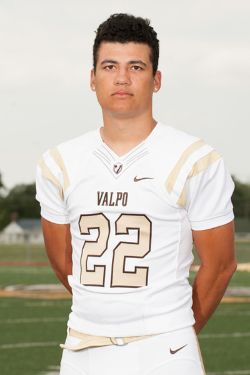 2014: Appeared in four games for the Crusaders at defensive back in his rookie campaign.

Prep: A four-time letterwinner for Ken Lucas and the Eagles...named Athlete of the Month in September of 2012...earned the Eagle Award in 2012...was the recipient of the 2013 Captain Award and Coaches Award...also received two letters in baseball and one in basketball...named to Distinguished Honor Roll...member of National Honor Society.

Personal: Andrew is the son of Mike and Toni Johnson...majoring in engineering...born on March 30th, 1996.