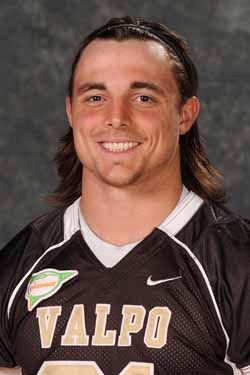 2014: Played in eight games for the Crusaders at defensive back...made a tackle at William Jewell (Sept. 20)...registered a stop at Morehead State (Oct. 25)...recorded a tackle in each of the final three games of the season (Butler, San Diego, Davidson).

2013: Appeared in nine games at wide receiver for the Brown and Gold...caught two passes for ten yards in the season opener at North Dakota (Aug. 29).

Prep: A two-year letterwinner for the Wildcats ... earned All-County accolades as a senior ... named team’s Defensive Most Valuable Player as a sophomore and senior ... team’s Offensive MVP in 2009 ... also played basketball and competed in track and field.