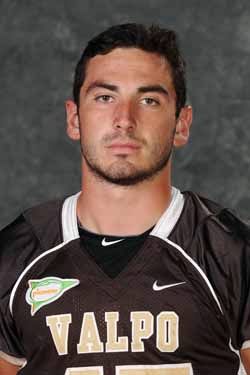 2016: Played in two games and made two tackles as a junior... Earned two tackles including the first solo tackle of his collegiate career on Nov. 12 against Jacksonville.

2015: Made two appearances for Valpo as a sophomore ... saw action Sept. 26 versus San Diego and Oct. 17 against Dayton.

2014: Appeared in two games for the Brown and Gold...recorded a tackle in Valpo's 55-7 Homecoming win over Missouri Baptist on Oct. 11th.

Prep: A three-year letterwinner for James Harrell and the Tigers during a 35-6 span, including a State Quarterfinalist team in 2011...named 2012 Jesuit Football "Big Hitter" Award...member of Jesuit Honor Society for four years...member of Student Council...President of Rho Kappa.

Personal: Tim is the son of Brian and Nancy Foley ... major is international business.