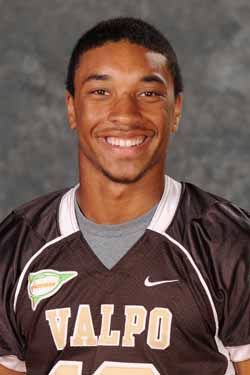 Prep: Two-time letterwinner for Craig Buzea and the Vikings...part of a squad that went 15-3 in his time at the varsity level.

Personal: Cam is the son of Neil Brown and Yuri Brown-Cruzat...majoring in computer engineering and computer science...born on February 22nd, 1996.