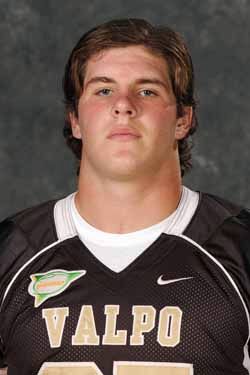 Prep: A three-year letterwinner for Mitch Olsen and the Warriors...led the team in sacks his junior year and was the recipient of the Coaches' Award...named team captain, All-Region First Team, Team Lineman of the Year, FCA Northeast Georgia All-Star Game participant his senior season...wrapped up his prep career by leading his team in sacks and tackles for a loss...also a four-year letterwinner in basketball...earned team's Academic Award his junior and senior years...was the recipient of the High Spirit Award his senior season...member of the Beta Club, Principal's List...made Honor Roll.

Personal: Partick is the son of Jeffrey and Connie McArdle...majoring in engineering...born on November 6th, 1995.