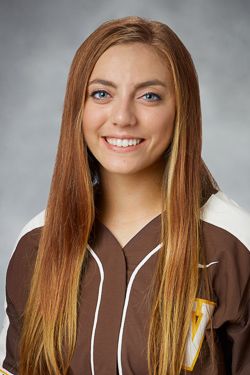 2020: Made 17 appearances as a rookie for Valpo, starting 15 times - eight games at second base, five at third base and two at shortstop ... hit .214 (9-for-42) with a team-high 12 runs scored and five RBIs ... also led team with 12 walks ... ranked eighth in the MVC in walks and was 50th nationally in walks per game ... finished year with a .411 on-base percentage, good for second on the team ... debuted by reaching base three times in win over defending A-10 champion Fordham Feb. 7, going 2-for-3 with a walk, a run scored and an RBI ... reached base twice via a double and a walk and scored two runs in Feb. 14 win at Gardner-Webb ... earned All-Tournament Team honors at Stetson Invitational Feb. 29-March 1, going 2-for-5 with four runs scored, four RBIs and six walks with a 1.327 OPS over the course of the three games ... was a perfect 1-for-1 with a double, three walks, a sacrifice, two runs scored and three RBIs in win over Bethune-Cookman Feb. 29 ... the three walks is tied for third-most in a single game in program history ... matched that mark the very next day in win over Stetson, scoring two more runs as well ... reached base three times against North Carolina A&T March 7, going 1-for-2 with a run scored and two hit by pitches.

Prep: A Second Team All-State selection as a senior for Olathe West [Kan.] H.S. ... earned First Team All-Conference accolades in each of her two seasons at Olathe West ... previously played two seasons of varsity softball at Highlands Ranch [Colo.] ... was a First Team All-League selection as a sophomore and a Second Team choice as a freshman ... played travel ball for Select Fastpitch.