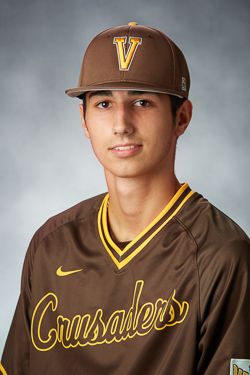 2022: Took the mound in 12 games including 11 starts... Finished the season with a 6-2 record and 5.58 ERA, becoming the first Valpo pitcher to win six games in a season since Dalton Lundeen in 2016... Logged 61 1/3 innings and struck out 75 while issuing just 17 walks... Ranked 15th in the MVC in innings pitched, eighth in strikeouts and tied for fifth in wins... Ranked fourth in the league in strikeout-to-walk ratio at 4.41 and fourth in strikeouts per nine innings at 11.01... Allowed just one run on six hits while striking out nine over seven innings on March 20 at Murray State... Pitched four shutout innings of relief to earn the save on March 25 vs. St. Bonaventure... Notched a career-high 11 strikeouts over seven innings of two-run ball on April 3 at UIC... Twirled seven shutout innings of three-hit ball while walking one and striking out nine on May 7 vs. Bradley, earning the May 9 MVC Pitcher of the Week award.

2021: Saw action in 11 games out of the Valpo bullpen… Logged 10 2/3 innings and notched 10 strikeouts… Made his collegiate debut on Feb. 20 at UAB… Worked a scoreless inning on April 2 at DBU… Tossed another shutout frame against the Patriots on May 26 in an MVC Tournament game in Carbondale.

2020: Did not see game action during his first season on campus.

Personal: Majoring in finance… Son of Mike and Amy Miller… Enjoys golfing, hanging out with friends and going to New York City and Jersey Shore… Went to high school in New Jersey… Is a big fan of Barstool Sports… Favorite food is spaghetti and meatballs, movie is Step Brothers, pro baseball team is the New York Yankees, MLB player is Marcus Stroman, musical artist is Travis Scott and TV show is Outer Banks.