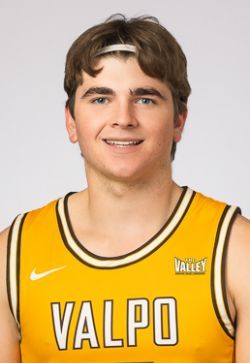 2021-22: Played in four games and scored 10 points in 15 total minutes of action, knocking down three of his five field-goal attempts... Scored six points on Dec. 7 vs. East West on a pair of 3s, the first two made triples of his collegiate career... Registered an MVC Tournament basket in the March 3 win over Evansville.