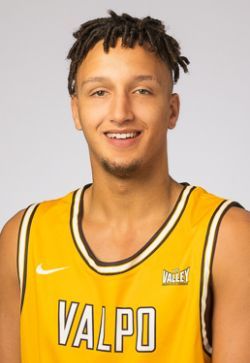 2021-22: Did not see game action during his first season on campus, sitting out as a redshirt to retain four seasons of eligibility.

Prep: Named Senior Wing Award Winner by the Wisconsin Sports Network as a senior… Named to Team Wisconsin following his senior season… A two-time all-conference selection… Also earned all-conference honorable mention as a freshman… Participated in Black Student Union and ran for president of the organization… Competed in volleyball as a freshman and football was his first love as a child… Has been a winner from a young age as his eighth-grade team won a national championship.