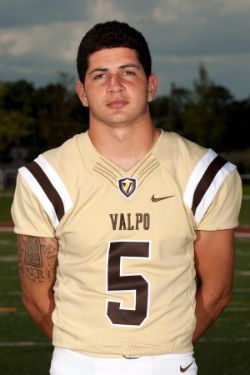 2016: Appeared in 11 games during his sophomore season at Valpo... Made seven catches for 47 yards.

2015: Appeared in six games during his freshman year at Valpo ... caught 10 passes for 89 yards and a touchdown ... made first impact Sept. 26 versus San Diego with three receptions for 39 yards, including a season-best 22-yard catch ... caught a pass for 12 yards at Butler Nov. 7 ... pulled down season-high six passses for 38 yards at Jacksonville Nov. 11 ... hauled in an 11-yard touchdown catch against the Dolphins.

Prep: A two-year letter winner for the Lightning...served as captain during his senior season...also lettered in lacrosse and track...named Second Team All-District in lacrosse.

Personal: Ryan is the son of Patrick and Dianne Dugan ... major is kinesiology.