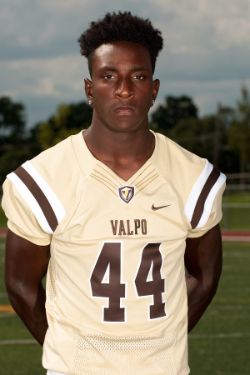 2016: Played in eight games and made 10 tackles (two solos) in his first season as a Crusader... Made his first career tackle on Sept. 10 at Sacred Heart, a game he finished with a season-high six tackles.

Prep: A five-year letter winner for the Vikings ... named a First Team All-Area and an All-Conference selection as a senior ... led team in tackles during senior season (134) ... served as defensive captain ... helped team to conference title and state quarterfinal appearance as a senior ... team advanced all the way to state title game his junior year ... also earned one letter in basketball.