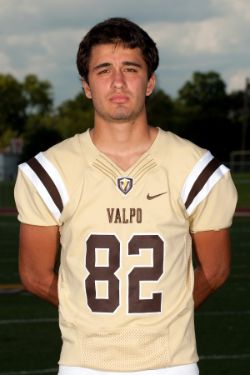 Prep: A two-year letter winner for the North Stars ... earned First Team All-Area and First Team All-Conference recognition as a senior ... ranked second in Illinois in touchdowns during the regular season ... also earned one letter in basketball.

Personal: Son of Jeff and Kerie Reckards ... major is finance.