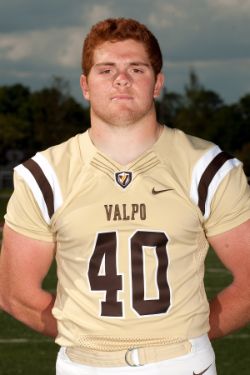 2016: Played in one game in his first season on campus on Sept. 3 at Illinios State.

Prep: A three-year letter winner for the Comets ... Second Team All-Conference honoree as a senior ... helped team to 8-2 record in 2015, the program's best mark since joining Division I ... team finished regular season ranked 12th in the state and 3rd in Cincinnati ... received team's Green and White Award (for leadership) and Tim Lichetenburg Award (for character).

Personal: Son of David and Michelle O'Brien ... major is business.