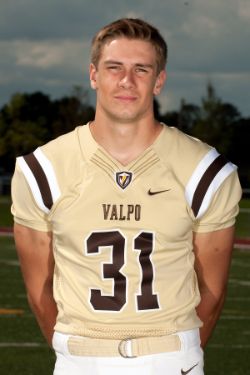 2016: Played in all 11 games during his rookie season... Finished the season with 29 tackles (11 solos), 0.5 sacks and 3.5 TFL... Made his Valpo debut in the season opener on Sept. 3 at Illinois State, finishing with four tackles including one for a loss... Season-high six tackles came on Oct. 1 at Morehead State... Tied for seventh among PFL freshmen in league-only tackles with 19... Led the PFL in league-only tackles among defensive backs.