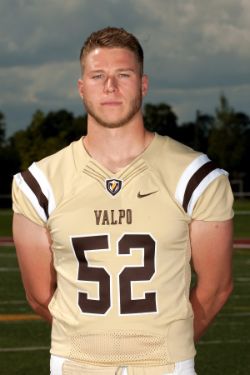 2015: Appeared in nine games during his sophomore season ... totaled six tackles on the year, five of which were solo ... recorded two tackles apiece Sept. 26 against San Diego and Nov. 14 versus Morehead State ... also registered tackles Oct. 3 at Davidson and Nov. 7 at Butler ... member of PFL Academic Honor Roll.

2014: Appeared in one game for the Crusaders...recorded a solo stop at Dayton on Nov. 1st.

Personal: John is the son of Matt and Jennifer Coyne ... majors are finance and marketing.