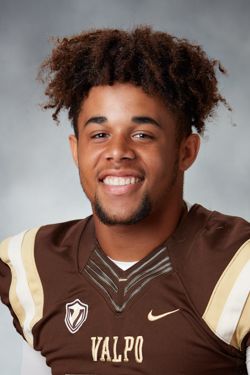 2019: Appeared in six games while being limited by injuries during his redshirt freshman season… Had 29 rushes for 69 yards, averaging 2.4 yards per carry and 11.5 per game… Added three receptions for 19 yards… Had a season-high 12 rushes for 18 yards in the opener on Aug. 29 at Eastern Kentucky, then accrued a season-best 26 yards on five carries on Oct. 12 vs. Dayton.

2018: Saw action in just one game as a true freshman, making his collegiate debut on Oct. 27 vs. Drake… Retained four seasons of eligibility.

Prep: Offensive Player of the Year as a junior at Majory Stoneman Douglas… Rushed for 1,229 yards and 17 touchdowns… Earned second-team all-Broward County honors and won three varsity letters… Transferred to St. Thomas Aquinas for his senior season, where he rushed for 400 yards and three touchdowns… Team lost in the state semifinal during his senior campaign… Attained principal’s honor roll and posted a 4.0 GPA during his senior year.

Personal: Son of Michael and Michele Allison… Has one brother – Ryan… Majoring in business… Born on Dec. 15, 1999.