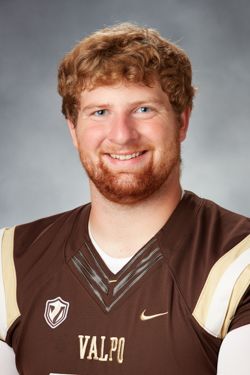 Personal: Son of Kevin and Renee Byrd… Has one sister, Molly Altmyer, and one brother, Derek Byrd, who joined the Valpo football program as a freshman for the 2020 season… Born on Dec. 20, 1999… Majoring in biomechanical engineering… Was an all-district trumpet player as a junior in high school.