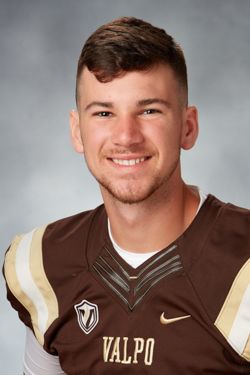 2019: Did not see game action in his first season on campus… Retained four seasons of eligibility.

Prep: Set school records for passing touchdowns (66) and passing yards (6,219)… Was a First Team All-Conference, First Team All-District and First-Team All-State selection as both a junior and senior… Passed for 2,736 yards and 31 touchdowns as a senior… Passed for 3,483 yards and 35 touchdowns as a junior while also rushing for 470 yards and 11 scores… Also played four years of basketball and one year of baseball… Was a member of National Honor Society... Won a state championship during his junior season, when he broke his leg in the third quarter of the state championship game and still played the rest of the game plus overtime.

Personal: Majoring in nursing… Son of Dusty and Chasity Salyers… Birthday is Sept. 7… Enjoys playing video games and collecting shoes… Has two sisters, one is a state champion in softball and the other won the Little League World Series in 2018… Father played basketball at Shawnee State, and his sister Laiken played softball there.