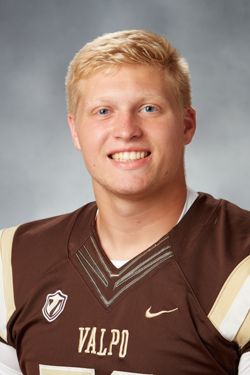 2019: Played in seven games on Valpo’s offensive line before suffering a season-ending injury on Oct. 26.

2018: Appeared in three games on Valpo’s offensive line… Made his debut on Sept. 22 vs. Truman State, then also saw action on Oct. 13 vs. Butler and Nov. 10 vs. Jacksonville… Member of the PFL Honor Roll.

Personal: Son of Bill and Teri Russell… Has three siblings – Ally, Jordan and Tessa… Born on Sept. 19, 1999… Majoring in mechanical engineering… Used to live in Oklahoma.