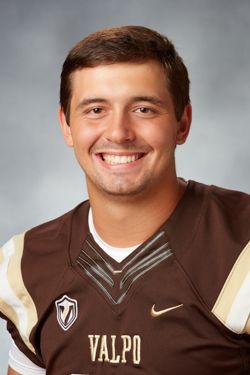 Prep: Twice received First Team All-Conference honors… Was his team’s Offensive MVP as a junior and senior… Served as a team captain… Set a school record with six passing touchdowns in one half… Was an Elite 11 Regional Camp invitee… Became the first freshman quarterback in school history to start and play in a varsity game… Worked at his high school’s business office… Compiled 100+ hours of community service… Received high academic honors.

Personal: Majoring in criminology and sociology… Born on May 7… Son of Rick and Chrissy Ruszkowski… Has a brother, Kody and a sister, Shea… Has been playing football since third grade… Also played six years of basketball, 12 years of baseball and one season of track & field… Enjoys going to the beach and golfing… Enjoys watching The Office, Peaky Blinders, Live PD and First 48… Has family living in Canada, where his mother was born and raised… Likes to visit his brother in Austin, Texas… Comes from a police family and his father was shot in the line of duty in 2004 before retiring in 2008. His uncle is the Chief of Police in South Bend, his grandfather was the Chief of Detectives and he hopes to continue the family tradition by entering federal law enforcement… Played on a 7-on-7 team out of Chicago called Boom Football that won the 2018 national championship at IMG Academy, beating Cam Newton’s team twice… Played with Notre Dame running back Kyren Williams, Alabama tight end Jaleel Billingsley, Northern Illinois wide receiver Michael Love and Western Michigan wide receiver Corey Crooms… Best friend Mark Hiestand is an offensive lineman at Air Force.